While working alongside a temp nurse making double or triple your own salary could cause tension, Erickson says she hasn’t ever had issues with her co-workers. “They might ask how much I make, and I’ve been open with them,” Erickson says. “Honestly, they are short staffed, so they are more welcoming of the help because it takes some of the load o of them.”

With four years’ experience as a medical-surgical nurse in Sioux Falls, South Dakota, and then three years as an intensive care nurse in Kansas City, Missouri, Erickson transitioned to travel nursing in 2019.

“I was turning 30 at the time and I thought, if I don’t do it now, I never will,” Erickson recalls. Since then, she has worked in Missouri, Florida, Louisiana, Pennsylvania, Maryland, and North Carolina. A er completing her contract in Wilmington, Erickson returned to Maryland in November 2021 on a contract, working in the University of Maryland Medical Center’s surgical ICU.

Like staff nurses, the vast majority—78 percent—of travel nurses are women, with an average age of 44. Many travel with a pet or family members, while others opt for local contracts that allow them to more easily spend time with family during their days off.

While the biggest U.S. travel staffing agencies like Aya Healthcare place nurses only within the U.S., agencies like Worldwide Travel Staffing specialize in placing nurses in roles outside the U.S., or nurses can find work through staffing agencies based in the host country. Travel nurses from abroad with advanced degrees may work in the U.S. with the H-1B visa, which allows employers to petition for a temporary worker in a specialty occupation.

“I wanted more financial freedom,” says Erickson, who made more than double her compensation as a staff nurse after signing with Aya Healthcare. “But more than the money, it was the experiences I would gain—getting to travel to new locations and get paid to do it. I could explore the food, the sightseeing, the people.”

Seeing new places, gaining more experience, and making more money are some of the key “push-pull” factors that influence nurses to make the move from a staff position to traveling, according to Davis at NDMU.

“Push factors are those things that are kind of pushing the individual out of their current place of employment, whether it’s low pay, increased workloads, or if they feel like it’s an unsafe work environment, maybe because of staffing ratios, and things of that nature,” Davis explains.

As for the “pull” factors, “It becomes this conversation around equity and fairness,” Davis says. “For some people, the pull factor is, ‘Well, if I am going to do the same work, why not get the increased compensation?’”

In addition to the leap in pay, the other advantages of being a travel nurse include increased flexibility, with the option to take time o in between contracts, and the opportunity to live in different parts of the country—Davis says her former colleagues have taken jobs in Hawaii and the U.S. Virgin Islands. Additionally, travel nurses can gain experience in different hospital settings.

But for many, the pandemic was the catalyst to transition into travel nursing not just for better pay, but for the opportunity to bring their skills where there is greatest need.

“Nurses have been able to go into those places that are experiencing extreme needs and give up themselves, their time, their resources, their knowledge, to support those healthcare systems,” Davis says. For many nurses, that kind of instinct toward service is simply part of their calling. “I’ve definitely seen an uptick in that and know colleagues who have responded to the call amid this pandemic,” Davis says.

Hospitals are struggling to pay elevated fees to compensate for nursing shortages, but in many cases, they have no choice. LifeBridge Health, which operates five hospitals and affiliated care centers in the Greater Baltimore region, has been hit by the nursing shortage like most health care groups across the country.

“COVID has made [the shortage] even worse; a lot of nurses have left bedside nursing to do other things that do not have direct patient contact,” explains Leslie Simmons, LifeBridge Health’s executive vice president and chief operating officer. “Some nurses retired early, part of that was fear and the length of the pandemic. It was exhausting.”

Travel nurses play an important role in augmenting the staffing matrix, Simmons says. Generally, she says, LifeBridge Health brings in nurses for eight-to-12-week assignments when staff members are out for maternity leave or summer vacations, or during peak flu season.

During the peak of the COVID-19 pandemic, LifeBridge Health employed about 200 travel nurses across the system. But paying for them became a challenge when hourly rates the hospital pays staffing agencies for critical care nurses jumped from $100 to $225 per hour.

“It was a challenge because agencies were paying skyrocketing prices, and despite what we were doing to retain staff, we couldn’t keep up,” Simmons says, noting that LifeBridge Health is projected to spend $58 million on travel nurses across all facilities for fiscal year 2022, which ends in June, compared to just $13 million in the 2020 fiscal year. “It’s a 445 percent increase from two years ago. We just can’t sustain that.”

Simmons, who comes from a family of nurses and whose daughter was considering a travel job, doesn’t blame the nurses for wanting to make more money. “We are grateful we had travel nurses to help us through it,” she says. “It was difficult to pay their rates, but I don’t know that we could have done it without them.”

But travel nurses aren’t a sustainable long-term solution for staff shortages. In fact, several groups led by the American Hospital Association and including 200 bipartisan members of Congress, have demanded an investigation by the White House into the pricing practices of the staffing agencies that place travel nurses around the country. They note rapidly inflating prices with 40 percent pro t margins and the consolidation of staffing agencies by private equity firms since 2021.

For a long-term solution to the shortages, LifeBridge Health has recruited more than 100 foreign-educated nurses, with many starting this spring at Sinai Hospital of Baltimore. Recruiting physicians, nurses, and other allied health care professionals from abroad has happened for more than 70 years and is one piece of addressing the current nursing shortage, according to the American Association of International Healthcare Recruitment.

“We think it’s a more sustainable way to bring more nurses into the state,” Simmons says. They also are focusing on training recent nurse graduates with residency programs and making sure staff salaries stay competitive. Veteran nurse and Baltimore native Bryan Liquido made the move to travel nursing in February to help support his extended family financially after they suffered unexpected losses due to COVID-19.

“I LIKE FEELING UNEASY. IF I DON’T FEEL LIKE I’M LEARNING SOMETHING, IT’S TIME TO MOVE ON. I’M USED TO BEING ADAPTABLE AND THIS IS JUST ANOTHER TEST OF THAT.”

Liquido, whose extensive résumé includes seven years on the lifeline critical care transport team with the Johns Hopkins Hospital—two of which were as a flight nurse for the STAT MedEvac helicopter—has the personality and skillset to excel in the unknown, constantly changing environment of travel nursing.

“I’m an adrenaline junky,” he says. “I like feeling uneasy. If I don’t feel like I’m learning something, it’s time to move on. I’m used to being adaptable and this is just another test of that.”

During the pandemic, Liquido often worked 50-plus hours per week at his staff position, often beside travel nurses. “There was a noticeable change,” he says of the long-term fatigue after a year of the pandemic. “In the beginning it was enraging for the staff that someone was making double, triple—at the height of it, quadruple—what you made as a staff nurse,” he says.

But over time, he says, a general “desensitization” resulted in a reluctant acceptance among staff nurses. “Now, most people are like, ‘this is the way it is,’ and I don’t see that animosity anymore if the traveler is good, and most of my experiences with travelers as a staff nurse is that they’ve all been super competent.”

And he says has no regrets about making the transition to travel nurse with the Aya Healthcare agency. He’s now working his first assignment at York Hospital’s open heart intensive care unit. “Now I can just do my three shifts, deliver quality care, then be able to still have something left in the tank to take back to my family,” says the father of two.

“Everybody has their own reasons for travel,” says Liquido. “For me it’s not purely about money. That’s a plus, but it’s about family and having that better work-life balance.”

The Best Exercises Aren't What You Think 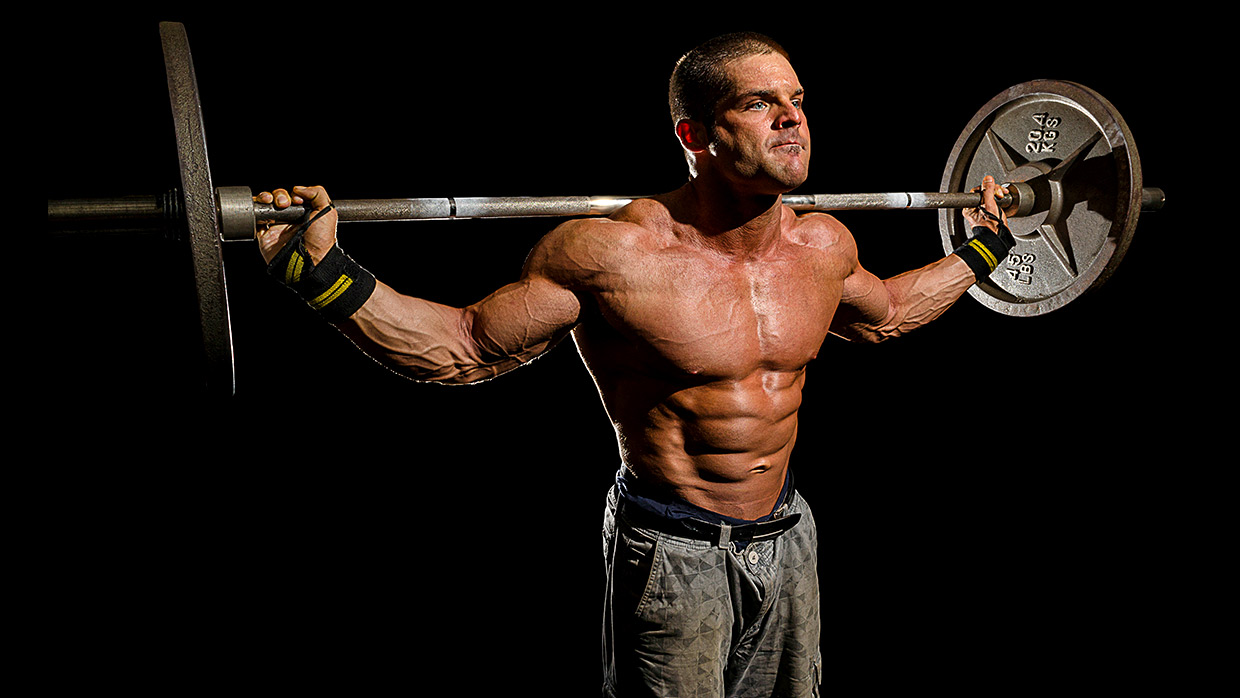