Staggering moment Australia’s top health expert fails to define what a ‘woman’ is – sparking a scathing reaction: ‘If I asked my kids they would know the answer’

Australia’s top health bureaucrat was left stumbling over his words when asked to define what a woman is.

Liberal Senator Alex Antic posed the question to the Department of Health bosses, including chief Dr Brendan Murphy, during Senate Estimates on Wednesday, and the room fell silent.

‘Can someone please provide me with what a definition of a woman is?’ he asked.

He then directed the question to Professor Murphy who laughed as he struggled to find the right words.

‘I think there are a variety of definitions,’ he said.

‘Perhaps to give a more fulsome answer we should take that on notice.’

Mr Antic then questioned why the health secretary needed to take notice on such a simple question.

‘There are definitions in how people identify themselves so we are happy to provide our working definitions on those.’

The Senator labelled his response ‘hilarious’ and said it was ‘the best thing I’ve seen thus far’ in the hearings. 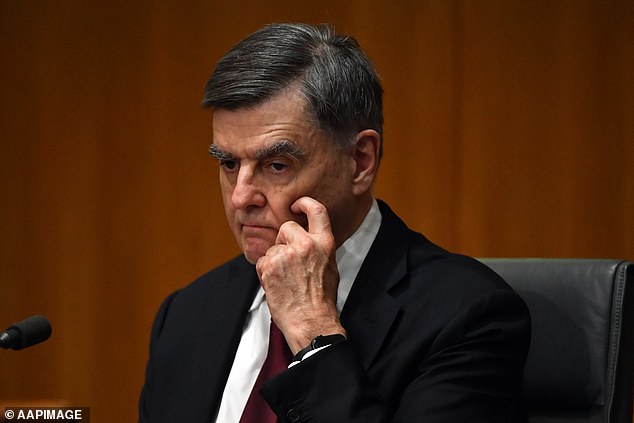 Health Secretary Dr Brendan Murphy stumbled over his words as he tried to define what a woman is, saying there was a ‘variety’ of definitions

Speaking about the incident with 2GB’s Ben Fordham, Mr Antic said he’d been asking departments around the country if they could give a simple definition of a woman but so far hadn’t had any luck.

‘I think this problem is endemic in the bureaucracy,’ he said.

‘It is utterly ludicrous to suggest there isn’t a single definition and that that definition isn’t an adult female, why can’t they say it?’

The senator speculated whether authorities were afraid to provide a definition in fear they may offend some people and cop backlash.

‘People who five years ago would have been quite comfortable answering a simple question now seem to almost look over their shoulder and wonder who’s coming for them, it’s extraordinary,’ he added.

Mr Antic said he was looking forward to hearing back what the health department’s definition was, while host Fordham said his primary school aged children could have easily answered the question.

‘I’ve got kids in primary school I’m pretty sure if I asked them tonight they’d know the answer but anyway, apparently our health secretary needs a month to come up with an answer,’ the radio presenter said.

Mon Apr 18 , 2022
Q: When I was 18 years old, I had severe acne. The dermatologist prescribed a type of vitamin A prescription. It got rid of my acne within a few months. I then stopped taking the pills due to possible toxicity. My cousin had a similar experience. It felt like a […]