New data indicates a positive future for AXS-05 (dextromethorphan-bupropion) as a potential treatment for patients with major depressive disorder.

In the 327 patient study, the investigators examined individuals with a confirmed diagnosis of moderate to severe MDD. Each patient was randomized to receive either 45 mg dextromethorphan/105 mg bupropion tablet (n = 163) or placebo (n = 164) once daily for 3 days, followed by twice daily after for a total of 6 weeks.

The investigators sought primary endpoints of the change on the Monthomery-Åsberg Depression Rating Scale (MADRS) score from baseline to week 6.

For secondary outcomes, most favored AXS-05 over placebo.

For safety, the treatment was well-tolerated, with the most common adverse events being dizziness, nausea, headache, diarrhea, somnolence, and dry mouth. The treatment was also not associated with psychotomimetic effects, weight gain, or increased sexual dysfunction.

“The results published in The Journal of Clinical Psychiatry are consistent with strong and rapid antidepressant effects, and with a favorable safety profile with AXS-05,” said Maurizio Fava, MD, Psychiatrist-In-Chief, Department of Psychiatry, Massachusetts General Hospital, in a statement. “Depression is a difficult-to-treat condition with potentially devastating consequences for patients and their families. Based on these results and its novel oral NMDA antagonist mechanism, AXS-05 may represent an important new treatment option for patients with depression.”

The treatment has been granted FDA Breakthrough Therapy designation for both MDD and Alzheimer disease agitation. There is also a New Drug Application (NDA) for MDD.

Tue Jun 7 , 2022
When an emergency strikes, trauma is time-critical. “You need to have a team ready to go. A surgeon in-house, an operating room staff in-house. Blood banks. Nurses that are razor-focused. And not just one, but a few of them, because the wounded don’t come in one at a time,” Cooper […] 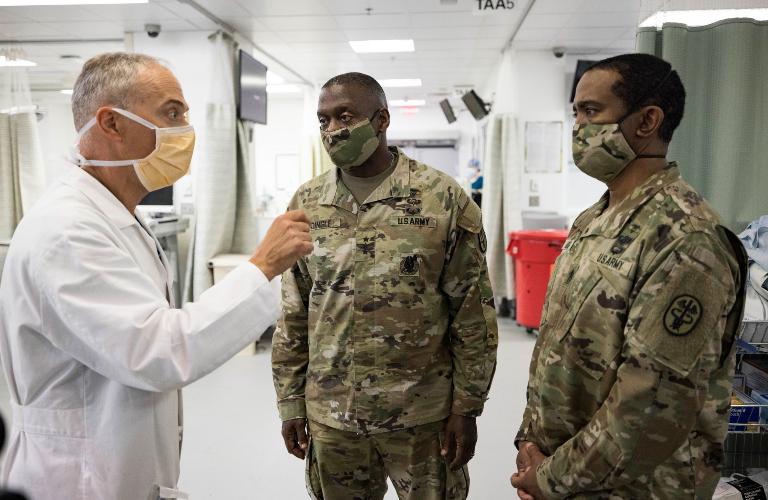