Depression is a mental health condition that causes sadness and low mood. We associate symptoms such as feeling down and losing interest in activities with depression, but depression can come with a host of physical symptoms as well.

Read on to learn more about the ways depression can affect people physically.

Depression is a mental health condition that affects how well a person is able to function in daily life. Biochemistry, genetics, personality, and environmental factors are believed to play a role in its development.

People with major depressive disorder experience symptoms that greatly affect their previous level of functioning and last at least two weeks. Many of these symptoms are mental, such as feeling sad or having trouble concentrating, but depression can also manifest physically.

Depression is associated with a wide array of physical symptoms.

Fatigue is a very common symptom of major depressive disorder, affecting over 90% of people with the condition.

Fatigue can be divided into three subcategories:

These feelings of exhaustion may be related to:

Unexplained aches and pains, including headaches, back pain, joint pain, and muscle pain, commonly occur with depression. These pains can range from mild to severe enough to impact a person’s functioning. The connection is thought to be because depression and pain share the same nerve pathways and brain chemicals.

Some studies have shown that the worse the physical pain symptoms, the more severe the depression is.

A small study of 54 people, completed in 2015, found that people with major depressive disorder had a lower pain threshold and pain tolerance than their healthy counterparts.

A larger 2017 study suggests that people experiencing depression are approximately 60% more likely to develop back pain in their lifetime than those who do not experience depression. In addition to depression increasing the likelihood of back pain, persistent low back pain was also shown to increase the risk of developing depressive symptoms.

Many people with depression report that they experience poor quality sleep. Depression can cause sleep disturbances such as:

The lack of good quality sleep can impact other depression symptoms such as difficulty concentrating and pain.

The parts of the brain associated with depression are also involved in the regulation of the circadian rhythm (sleep/wake cycle). People with depression can experience shifts in when they sleep, even if they are sleeping the same number of hours. For example, they may have difficulty falling asleep at night but be tired during the day.

Depression can cause digestive issues, such as:

The brain has a direct connection to the gastrointestinal tract, making the stomach and intestines sensitive to emotion. The digestive tract can also send signals to the brain. A stomachache may contribute to or be the result of depression, anxiety, or stress.

Studies have shown that depression can increase the risk of cardiovascular disease, particularly for those who experience more severe depression symptoms.

This increased risk may be explained, at least in part, by lifestyle habits associated with depression. Certain lifestyle factors that can increase cardiovascular risk tend to be more common in people with depression, including:

Depression can affect the way the body and mind work together to complete tasks.

Depression can cause appetite changes and weight loss or weight gain. Depression symptoms such as exhaustion can make meal planning and cooking more difficult. This may make it harder to maintain a nutritious diet.

Depression is also associated with changes to the hormone cortisol, which can affect stress levels. This may lead to “emotional eating,” in which a person eats in response to negative emotions. The foods people turn to when emotionally eating tend to be energy-dense and enjoyable to eat.

While most people experience fluctuations in sex drive, some people with depression lose their desire for sex completely. This can be due to the lack of energy seen in depression, or the lack of desire to engage in activities a person once enjoyed.

Sexual dysfunction can be difficult or embarrassing to discuss, but if you are experiencing a severe decrease in sex drive that is affecting you or a partner, talk about it with your healthcare provider.

Some psychological symptoms of depression include:

How Are the Physical Symptoms of Depression Diagnosed?

A healthcare provider will likely do an exam and run tests to see if your symptoms may be caused by a physical condition, such as thyroid problems.

If a physical cause is ruled out, your provider will ask about your general health and family history, physical and mental symptoms, and other information that can help them make a diagnosis.

If depression is diagnosed, your healthcare provider will discuss ways in which to manage symptoms, including physical ones.

Many of the physical symptoms associated with depression can either contribute to depression or be caused by depression. It can sometimes be difficult to tell which came first. Discuss your symptoms with your healthcare provider to find an accurate diagnosis and the most appropriate course of treatment.

When to See a Healthcare Provider

If you experience symptoms of depression—whether psychological, physical, or both—schedule an appointment with your healthcare provider.

A Word From Verywell

Improving the experience of young people in mental health crisis

Tue Mar 1 , 2022
The ‘Fundamentals of compassionate care’ online training module was developed to ensure that education on how to support children and youth in mental health crises was being delivered during the pandemic. This initiative won the Emergency and Critical Care category in the 2021 Nursing Times Awards Abstract When the Covid-19 […] 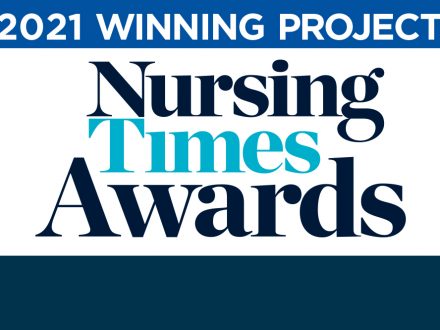