Nearly 1 in 5 health-care workers has quit since the pandemic began. A recent survey by the American Association of Critical-Care Nurses found that 92 percent felt that the pandemic had “depleted nurses in their hospital, and that their career would be shorter than they had intended as a result.”

Their capacities stretched to the breaking point, hospitals have turned to the temporary fix of hiring short-term travel nurses, further alienating staff nurses, who are then incentivized to quit and take a travel contract themselves. Demand for travel nursing grew by at least 35 percent in 2020 and has driven up salaries: Travel nurses can command an average of about $3,500 per week and sometimes even more. By the end of 2020, average weekly pay for travel nurses was more than double what it had been the year before. Nurses report being bombarded with recruiting offers; unfilled travel nurse openings hover around 40,000.

Yet the problematic explosion of traveling nursing is only a symptom of a longer-running, self-inflicted disaster: Over the long-term, hospitals have failed to hire and support enough nurses to weather crises.

Hospitals often say there simply aren’t enough nurses to hire. It’s true that in some parts of the country, particularly in low-income rural areas, there aren’t always enough nurses to go around. And because the majority of nurses are older than age 50, as the baby boomer generation ages into needing more medical care, there has been a surge in demand for nursing alongside a surge in retirements from nursing. Still, this is a deceptively narrow assessment of a complex problem — and it lets hospitals themselves off the hook.

The devaluing of nurses starts early in the pipeline. Though nursing schools are graduating an increasing number of nurses, they are also rejecting tens of thousands of qualified candidates because there aren’t enough instructors to teach them. Nurse educators are paid a fraction of what they could make working clinically. For those that do graduate, hospitals rarely provide the support that would allow new nurses to grow into veterans. “Some of the new grads get culture shock when they first come, and they quit because of the lack of training, preceptorship and mentorship that these hospitals are offering,” said Zenei Triunfo-Cortez, a nurse and president of National Nurses United, the country’s largest nurse labor organization. Newly graduated nurses quit their jobs in their first and second years of work by rates of 30 to 57 percent.

Hospitals also contribute to the problem by keeping their nursing staff as lean as possible, treating the nursing workforce like a tap they can turn on and off to maximize profits. At the beginning of the coronavirus pandemic, hospitals furloughed or laid off nurses when lucrative elective procedures were suspended, only to frantically try to hire them back as covid-19 hospitalizations rose. Ping-ponging from furloughs and layoffs to cutting hours and then to mandatory overtime is not a recipe for retention. The understaffing crisis is a circular problem: Not hiring enough nurses makes working conditions unbearable, leading to more nurses leaving their jobs.

The undervaluing of nursing has deep roots. From the dawn of modern American hospitals in the 19th century, hospitals have treated nursing care like something they should get for free. The first American training schools of nursing were located inside hospitals. There, students lived on-site to provide free care and received little formal education and support. When they graduated and expected salaries, their training hospitals generally didn’t hire them. Many graduates turned to private nursing, hired by individuals who could afford them. After World War I, despite a surplus of graduate nurses, hospitals nevertheless complained of a “shortage,” which was really a shortage of nurses who would work for free.

By the 1940s, as hospital care became more complex and labor-intensive, hospitals finally started to hire and pay graduate nurses in large numbers. But administrators never changed the way they thought about nursing, argues nurse historian Jean C. Whelan — that is, as a line item to be cut, not a resource to invest in. “Hospitals failed to question whether improving the working lives of nurses could make a positive impact on nurses’ decisions to enter and stay in the workforce,” Whelan wrote in her book “Nursing the Nation.”

The way today’s hospitals make money reinforces this notion. Revenue mainly flows into hospitals through physicians, who perform billable services. Meanwhile, the costs of nursing care are wrapped up into the fee for room and board. If you were admitted to the general medical floor of a hospital, your nurse could have eight patients, or she might have four patients. Either way, the room and board bill the hospital sends to your insurance company will usually be the same. From a hospital administrator’s point of view, fewer nurses taking care of more patients is much more profitable. But from a patient’s perspective, this might mean you don’t see your nurse for hours.

In the end, this is not only inhumane but extremely ineffective in terms of health outcomes. Numerous studies over decades have shown that assigning nurses too many patients is associated with all kinds of bad outcomes for patients, from more hospital-acquired infections to more deaths. A 2018 meta-analysis found that the higher the level of nurse staffing in a hospital, the fewer patient deaths there were.

Employing more nurses per patient is safer for patients, and it makes nurses less likely to burn-out and quit. But hiring and supporting a large nursing staff is expensive, and many hospitals have been unwilling to do it. Travel nurses are expensive, too, but they are a short-term expense; they don’t get benefits or job security.

Amid this ongoing disaster, that rarest of things has emerged: bipartisan action. Earlier this year, Rep. Peter Welch (D-Vt.) and Rep. H. Morgan Griffith (R-Va.) proposed that federal agencies investigate the prices charged by nurse staffing agencies, citing concern that the high rates for travelers amounted to price gouging, and was contributing to the destabilization of the health system. The proposal, sent to the White House covid-19 response team, was signed by 200 members of Congress, an ideologically disparate group including Ilhan Omar (D-Minn.) and Nicole Malliotakis (R-NY). Pennsylvania and Oregon, among other states, are considering similar proposals. Meanwhile, the American Health Care Association and the American Hospital Association have asked the Federal Trade Commission to curb what they call “price-gouging” by agencies. Though the AHA denies it has advocated for nurse pay caps, some nurses reasonably fear that caps are the logical end result.

Incredibly, given Congress’s inability to come together to curb prescription drug costs or pass paid family leave, they have found common ground on one issue: cracking down on nurses’ pay. Meanwhile, rising hospital administrator pay has escaped political scrutiny — though there is no correlation between those salaries and hospital mortality or readmission rates. This is not only deeply unfair and shortsighted, it may make the problem worse. Capping the relatively high wages currently commanded by nurses willing to leave home and provide crisis care could decrease the number of nurses willing to work in those environments.

As historian Susan M. Reverby has observed, American nursing’s central problem is “the order to care in a society that refuses to value caring”: In this context, care is often impossible. In my conversations with nurses, this painful reality comes up again and again. It is a nightmare to know that your patients need the best care you can provide and to also know that your working conditions prevent you from providing it. Can anyone blame nurses for turning the tables, for working within the system’s own flawed, profit-driven logic, for charging what the market will bear? Can we really look at the state of our health-care system and conclude that travel nurse salaries are the problem? Isn’t it telling that the industry has only asked the government to step in now, when nurses are the ones wielding their market power?

If the industry — and our lawmakers — truly want to address the staffing crises, they will need to start at the root of the problem: our collective failure to value caring.

Tue Mar 15 , 2022
Cheap Supplements And Fitness Equipment UK has unveiled a valuable information resource for fitness beginners and enthusiasts, who can now get their hands on the best products and equipment suited to their needs and goals without stretching their budgets. The past two years of the pandemic have brought about many […] 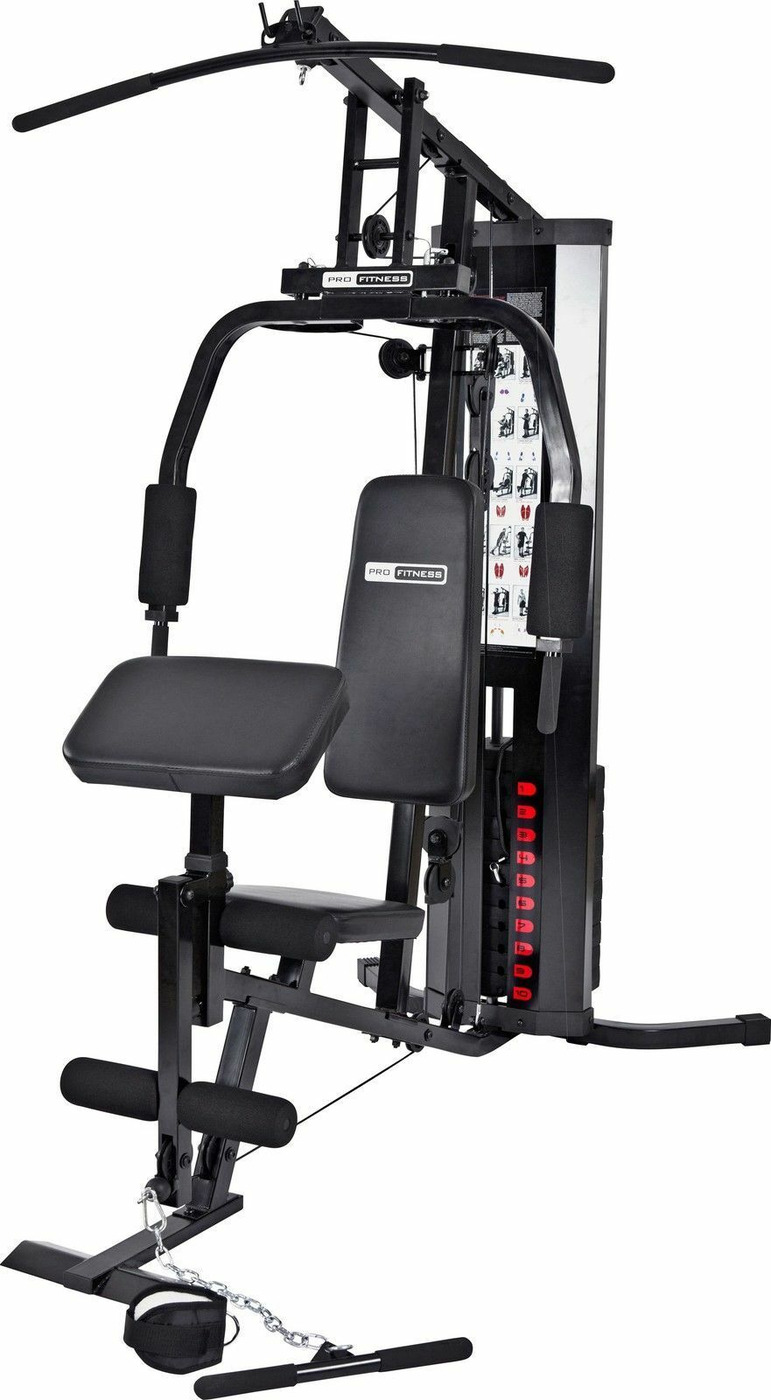