When chronic back pain has no identifiable cause, a new type of psychological therapy might help reduce pain intensity and duration.

Chronic back pain is one of the most intractable pain conditions. In the vast majority of cases, there is no single injury or clear pathology responsible for the pain.1 Asa result, people tend to get caught in a vicious cycle of fear and hyper-vigilance in which they limit their movement and activity, unwittingly making their pain worse.2 Recent research has offered insight into the neurological mechanisms of pain but has so far led to relatively few novel treatments. Psychological and behavioral treatments, such as cognitive behavioral therapy (CBT), have shown only moderate, short-term success in relieving pain.3

Psychological and behavioral treatments, such as CBT, have shown only moderate, short-term success in relieving chronic back pain. (Image: iStock)

Pain reprocessing therapy (PRT), a new treatment developed by psychotherapist Alan Gordon, LCSW, takes a different approach to psychological pain therapy. After ruling out injury or specific damage that might be causing the pain, PRT educates patients about the mind-brain processes of pain and gives them a model in which pain is harmless and reversible. This education is supplemented with guided meditation and a gradual return to activities and movements that the patient had been avoiding because of the pain.  The treatment is facilitated by trained therapists.4

Yoni K. Ashar, PhD, lead investigator of a clinical trial investigating the effectiveness of PRT, describes the therapy as aiming to “help people understand that their pain is due to mind-brain processes rather than bodily injury. It helps them reframe pain as a ‘false alarm’ of danger.” The study, published September 2021 in JAMA Psychiatry, found that the method is effective – findings that could change not only the way chronic pain is treated, but the way it is perceived.4

Testing Back Pain Reduction without Interventions

Dr. Ashar’s RCT included 151 participants aged 21 to 70 years old who had suffered from back pain for at least half the days of the previous 6 months (54% were female, mean age was 41.1 years). Participants rated their pain intensity as at least 4 on a scale of 10. Those with leg pain indicating sciatica were excluded. The individuals were assessed at baseline by fMRI to determine that the pain was not caused by a specific medical ailment, then randomized to one of three groups: PRT, open-label placebo, or usual care. Of the initial 151 participants, several dropped out before the program began, leaving 44 in the PRT group, 44 in the placebo group, and 47 in the usual care group.

Individuals in the PRT group completed eight one-hour PRT therapy sessions over 4 weeks with a therapist who had extensive training in the PRT method. Those in the open-label placebo group viewed two videos explaining the placebo effect and were given a subcutaneous saline injection in the parts of their backs where they were experiencing the most pain. They were also asked to continue their ongoing treatments. Participants in the usual care group were given no interventions but agreed to continue their usual treatments and not to start any new treatments during the course of the study.

All in all, PRT showed large reductions in pain intensity as compared with the placebo and control groups. Nearly two-thirds of randomized patients reported they were pain free or nearly pain free at the end of treatment. Pain reduction continued at 1-year follow up.

David Cosio, PhD, clinical psychologist and pain behavior specialist in the interdisciplinary pain program at the Jesse Brown VA Medical Center in Chicago, and a PPM Editorial Board Advisor, says he is encouraged by these results, though he adds that these findings need to be replicated before the field of pain medicine should make any sweeping changes. He would like to see future trials that include a more diverse group of subjects.

“The therapy needs to be trialed with a sample of individuals who are not as well educated and active and with increased levels of pain.” Dr. Cosio also points out that the providers used in this study were experts in this treatment model. “It appears that if a therapist is interested in being trained on PRT, they must be prepared to spend $850 per person for training.”

Dr. Cosio adds that while pain reprocessing therapy may eventually become a part of the “arsenal” of pain treatments, a multidisciplinary approach to pain uses many strategies, including medications such as antidepressants and anticonvulsants, as well as psychotherapies, including CBT and acceptance and commitment therapy (ACT). Mild aerobic exercise and anti-inflammatory diets can also help with chronic pain, he adds.

Dr. Ashar told PPM that PRT can be used in conjunction with other therapies. He also points out that many patients can be helped just by exposure to the basic message — that pain is due to a mind-body interaction and does not necessarily indicate a threat — even without formal treatment sessions.

Outcomes in patients with and without disability admitted to hospital with COVID-19: a retrospective cohort study

Sun Feb 6 , 2022
Abstract Background: Disability-related considerations have largely been absent from the COVID-19 response, despite evidence that people with disabilities are at elevated risk for acquiring COVID-19. We evaluated clinical outcomes in patients who were admitted to hospital with COVID-19 with a disability compared with patients without a disability. Methods: We conducted […] 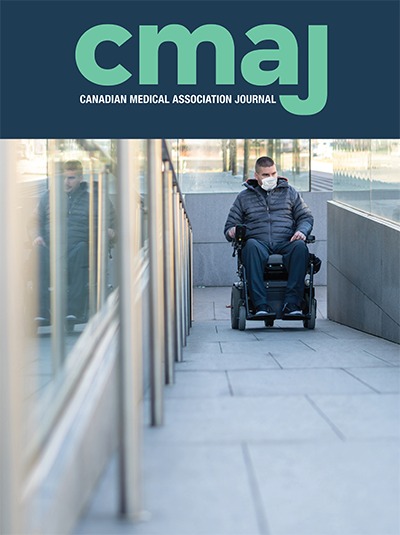