In Sujata Day’s Definition Please, now out on Netflix, the title is a crucial clue in addition to being a reference to the spelling bee question contestants often use to buy time. How do you define success in adulthood, amid societal and cultural expectations and stereotypes? How do you define mental illness and what taking care of mental health looks like when there’s no context or examples to look to? How do you define yourself, in relationship to complex family dynamics?

The movie, which premiered last August at the Bentonville Film Festival, defies easy answers while debunking the antiquated model minority trope of South Asians pursuing stereotypical career paths: doctors, lawyers, engineers. It dares to portray a young woman whose sole purpose in life isn’t to leave her small town and attempt to climb social or professional ranks. Instead, the protagonist in Definition Please is temporarily dormant, introspective, and just trying to figure out what makes her content, a refreshing change of pace from the undeterred ambitious South Asian figures and tiresome cultural expectations seen in mainstream media.

Day wrote, directed, and produced the story of Monica Chowdry, a Scripps National Spelling Bee Champion (played by Day herself) who tries to find her way through adulthood following her fading childhood success. Things at home are also burdensome: her father has died recently, she looks after her mother (who is ill), and she is estranged from her older brother, who is living with untreated bipolar disorder.

The inspiration for the film comes from Day’s real-life participation in her 4th grade class spelling bee. After losing in the first round of regionals over the word “radish,” she thought about the pipeline from former spelling bee champ to future successful professional — and decided to explore the pressure that comes when that isn’t the case. Monica’s childhood success comes with an assumption of adult ambition that she doesn’t meet — and that’s okay. Everyone around her is fixated on the past: her mom continues to watch the video of her winning moment and even her fleeting love interest Richie (played by Jake Choi) reminds her how she was a “legit celebrity.” This gravitation towards what she was is perhaps why Monica is stunted personally and professionally, so much so that she spends her time tutoring prospective spelling bee participants in her hometown instead of seriously considering a promising job offer in Cleveland.

8 of the best shampoos for thinning hair due to menopause

Thu Feb 3 , 2022
We include products we think are useful for our readers. If you buy through links on this page, we may earn a small commission. Here’s our process. A person may experience hair loss during menopause due to hormonal changes in the body. There are many treatments a person can try, […] 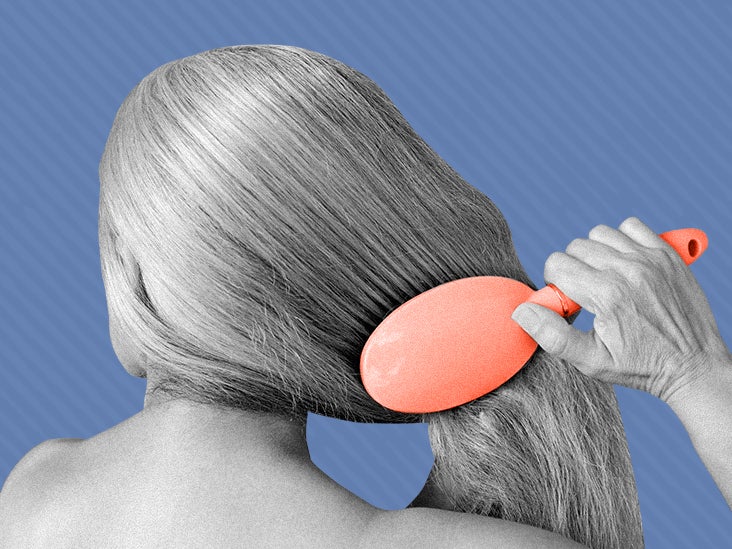