Depressive symptoms among adolescents increased by about 6 percent during the pandemic, according to new research from the United Kingdom.

The study, published in Royal Society Open Science Wednesday, also found that life satisfaction decreased among adolescents during the pandemic — a trend that was more pronounced in girls compared to boys.

These symptoms worsened during the pandemic as schools and offices closed, and people experienced more social isolation, disruptions in their routines, and chronic stress.

Psychologists say the findings highlight the need to invest in and prioritize mental healthcare to support children and their caregivers.

University of College London researchers evaluated the mental health of two groups of adolescents, ages 11 to 15, for two 1.5-year periods before and during the pandemic.

The research team found that the kids in the second group, who were observed during the pandemic, experienced more depressive symptoms than those evaluated before the pandemic hit.

According to the findings, the pandemic contributed to a 6 percent increase in the number of adolescents with depressive symptoms, including low mood, poor concentration, and loss of pleasure.

The study also found that girls were more affected than boys and, in general, experienced more depressive symptoms and worse well-being.

Because the study was conducted via self-reporting methods, behavioral problems — which are better tracked through a third party — were likely missed, Swiecicki added.

Mental health issues in young people were on the rise before the pandemic.

found that between 2016 and 2019, childhood diagnoses of anxiety and depression rose by 27 percent and 25 percent, respectively.

Though mental health issues among young people have been increasing, researchers are still exploring what’s behind the uptick.

Swiecicki believes that social media, which has been associated with higher rates of depression and anxiety among teenagers, may be responsible for the decline in young people’s mental health.

Other potentially include strained relationships with peers and bullying, high pressure on academic success, sedentary behavior leading to childhood obesity, and substance use.

Anjali Ferguson, PhD, an early childhood mental health specialist, says adolescence is a pivotal time for identity exploration that involves a lot of introspection and processing about ourselves and the world.

During this time, young people can be more susceptible to mental health issues.

“Within the context of our larger society, increased demands from social media, perfectionism, promotions of high achievement, easy access/exposure to world events, our youth are processing more information than any other generation beforehand, thus, placing them at greater risk for mental health needs,” Ferguson said.

Researchers are still looking into how the pandemic impacted people’s mental health, but there are several theories on why mental health issues increased over the past two years.

“Humans, including teens, need connection and social networks to promote resilience and wellness. The pandemic disrupted many of these connections, both for youth and their parents,” says Swiecicki.

Consistency is crucial for development.

“When the world around them feels uncertain, it can promote more anxious feelings,” says Ferguson.

Allan says that at the start of the pandemic, there was increased connectedness and a feeling of “we’re all in this together.”

Many adolescents were worried about their health and the health and well-being of their loved ones.

And when our coping systems and stress systems are chronically overwhelmed, mental health symptoms can develop.

According to Ferguson, a holistic approach to mental health is needed to ensure all systems and organizations — like primary care offices, community centers, child care programs, and extracurricular activities — are equipped to handle people’s mental health needs.

“We need to weave prevention efforts into school curriculum and catch kids where they naturally spend time. We need to support parents and caregivers in developing better coping strategies,” Allan said.

New research shows that depression increased among adolescents during the pandemic and overall well-being decreased. Girls also appeared to be more affected than boys, likely because girls tend to internalize their emotions more, which has been previously linked to higher rates of depression and anxiety. Psychologists say the findings highlight the need to introduce new mental health interventions to support young people and their caregivers.

Fri May 6 , 2022
While working alongside a temp nurse making double or triple your own salary could cause tension, Erickson says she hasn’t ever had issues with her co-workers. “They might ask how much I make, and I’ve been open with them,” Erickson says. “Honestly, they are short staffed, so they are more […] 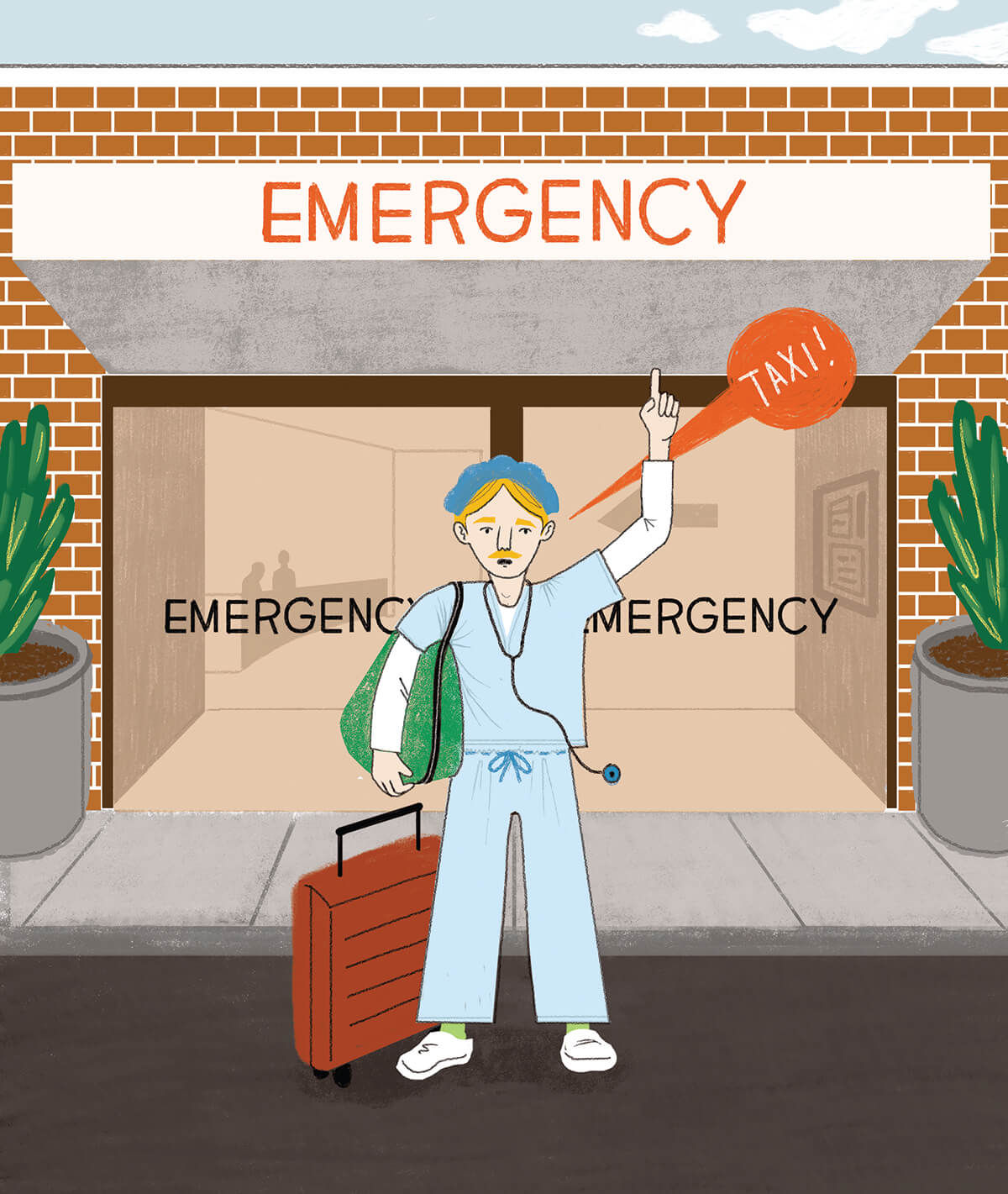