The execution of a man with intellectual disabilities in Singapore earlier this week has been met with outrage and dismay by human and disability rights activists from around the world.

Aged 21 at the time, Malaysian national Nagaenthran K Dharmalingam was convicted of smuggling 42.72 grams (approximately three tablespoons) of heroin into Singapore in 2010 and was subsequently sentenced to death by hanging.

Numerous medical and psychological assessments carried out on Nagaenthran during his incarceration lasting over a decade identified that he possessed borderline functioning intelligence, significant cognitive impairments and attention deficit hyperactivity disorder (ADHD).

International statutes point to the fact that the death penalty should only be reserved for the most heinous of crimes involving intentional killing.

Furthermore, the UN Convention of Rights of Persons with Disabilities (CRPD), to which Singapore is a signatory, prohibits the imposition of the death penalty on individuals whose mental and intellectual disabilities have impeded their effective defense.

In Singapore and Malaysia, hundreds of protestors took to the streets for a three-hour vigil, while EU representatives and the UN Office of the High Commissioner for Human Rights also expressed their horror towards what has been described as a “disgraceful act” and “shocking case” by Amnesty International.

Celebrities including the likes of Stephen Fry and Richard Branson issued a public appeal for clemency to Singapore President Halimah Yacob and Prime Minister Lee Hsien Loong, citing Singapore’s otherwise impressive track record in disability inclusion and its status as a global leader in commerce and technology.

The tip of the iceberg

Sadly, Singapore is not the only country with the death penalty that poses a significant risk of miscarriages of justice for people with intellectual disabilities.

Thanks to a Supreme Court ruling in Atkins v. Virginia in 2002, the death penalty is no longer applicable to those with intellectual disabilities convicted of capital offenses within the 27 U.S. states that have it on the statute.

In its ruling, the court determined that executing people with intellectual disabilities is a violation of the Eighth Amendment prohibition against cruel and unusual punishment.

Nevertheless, ensuring that individual states possess robust legal frameworks capable of determining what constitutes an intellectual disability and then suitably filtering such persons away from death row, has proved to be an endeavor dogged by inconsistency.

This has led to a number of inmates with intellectual disabilities coming dangerously close to being executed after spending decades on death row and sadly, several notable cases of others being put to death after their appeals for clemency on the grounds of significant intellectual impairment were dismissed.

Examples include that of 61-year-old Ernest Johnson who was executed via lethal injection in Missouri in October 2021 for the murder of three convenience store workers in a robbery in 1994.

Johnson, who had the mental capacity of a child and read at elementary school level, was born with fetal alcohol syndrome after his mother drank heavily during her pregnancy. He was also found to be missing one-fifth of his brain tissue after undergoing surgery to remove a tumor in 2008.

Earlier in the year, in what was described as a “pre-Inauguration Day killing spree” on behalf of the outgoing Trump administration by the World Socialist Web Site (WSWS.org), two cases drew significant media attention following an outcry from human rights advocates.

Corey Johnson, 52, was executed at the federal prison facility in Terre Haute, Indiana for killing seven people in 1992 as part of the drug trade in Virginia. He was executed without being granted a judicial review to determine whether he had an intellectual disability.

Days later, Lisa Montgomery, 52, was also put to death by lethal injection at the federal execution facility in Terre Haute for the 2004 murder of a pregnant woman and kidnapping of her premature baby.

Montgomery was later described as a “damaged and delusional woman” by her attorney and had previously been a victim of gang rape and child sex trafficking.

According to a Death Penalty Information Center (DPIC) review published in late 2020, 80% of over 130 cases where death sentences were eventually overturned on the grounds of intellectual disability involved people of color.

There are myriad reasons why individuals with intellectual disabilities convicted of capital offenses experience inconsistent outcomes and remain in danger of facing the death penalty in the United States in spite of their exempt status being enshrined in federal statute.

How intellectual disability is determined for pre-trial and sentencing purposes varies from state to state.

Some states, such as Idaho, use very blunt instruments such as having an intellectual quotient (IQ) level of 70 or below as the prime qualifying criteria in ascertaining if a defendant has an intellectual disability.

This approach flies in the face of expert consensus that a measure of IQ alone is insufficient for the purposes of diagnosing an intellectual disability and there may be many cases where an individual might score over 70 on an IQ test but still possess significant intellectual impairment.

Individual states also require a different burden of proof to determine intellectual disability. So, while Indiana requires clear and convincing evidence of a condition, in Missouri, there only needs to be a preponderance of evidence.

Equally, across a variety of jurisdictions, variance exists with regards to the types of experts used by the courts to diagnose intellectual disability, meaning that in some cases, the diagnosis is made by professionals with insufficient experience and expertise in the specific condition they are evaluating.

On top of the legal complexities, there are also important human factors that can muddy the waters when it comes to reaching an accurate diagnosis.

Attorneys and judges often possess a poor understanding of intellectual disability. They may have someone in front of them who, on the surface, is capable of living and working independently and this may mislead them into thinking that such an individual cannot be intellectually disabled.

Yet, this would be to miss many of the softer signals such as increased difficulty coping with stress, impaired reasoning and reduced capacity to appreciate cause and effect arising from complex situations.

Finally, individuals with intellectual disabilities are more vulnerable to coercion by law enforcement and will, in many cases, lack awareness of the nature of their own impairment and how and when to talk about it.

For countries that continue to use the death penalty, none of the issues outlined above are particularly easily solved.

In full knowledge of that, surely the only humane response is to ensure that the bar, in terms of burden of proof for the presence of intellectual disability, is kept extremely low?

After all, we are not talking about individuals who will subsequently be excused or forgiven for their crimes. Many would still spend the remainder of their life behind bars but a moral imperative should exist to minimize the suffering and injustice that has already been perpetrated, rather than further compound it.

Fri Apr 29 , 2022
Researchers say cardiovascular health can have an impact on an older person’s risk for depression. They note the two conditions have similar risk factors, such as oxidative stress and inflammation. They say a healthy diet and regular exercise can help improve both your heart health and your mental health. A […] 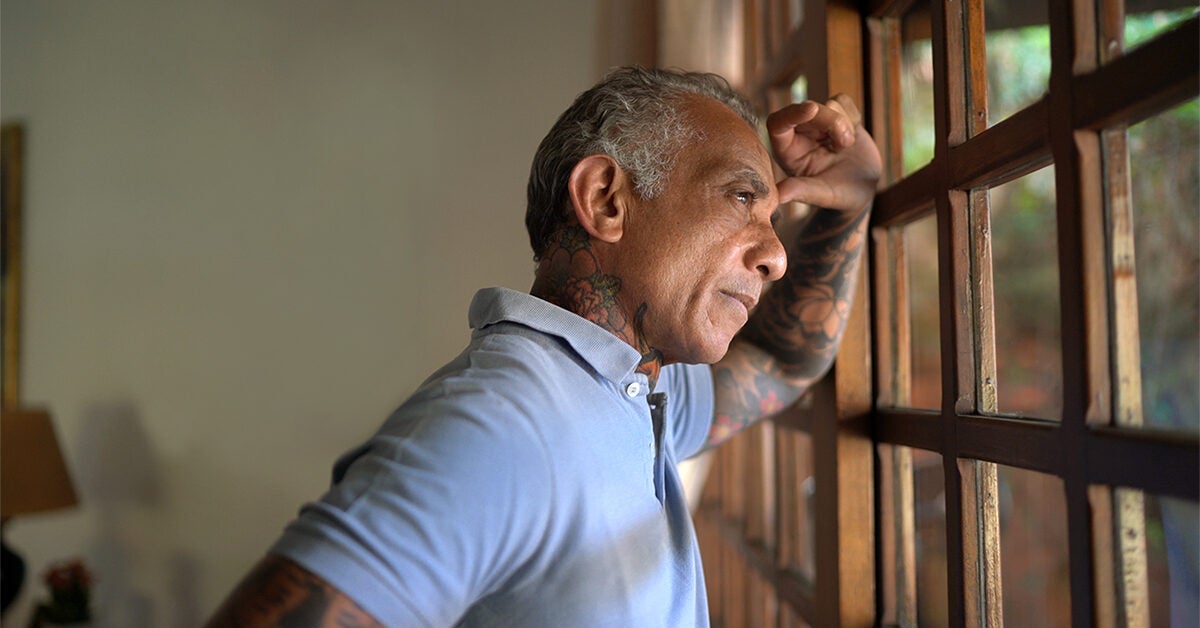