It comes after scientists conducted a systematic review to assess the impact of acne treatment on the cutaneous microbial community, specifically of the bacterial flora, and examine the resultant changes in abundance and diversity of microbial strains.

While many acne treatments seek to target the bacteria Cutibacterium acnes​ (C. acnes​), they argued very little is known about how treatments affect the wider skin microbiome.

They also argued that very little is known about how individual differences in microbial composition affect disease severity.

In order to try and compile a clearer picture, they searched the available literature and assessed nine studies with 170 treated acne patients.

They used a method known as alpha diversity, which takes into account the total number of species in the sample and the proportion of the total sample taken up by each species, to judge abundance of various strains.

Five studies reported a significant change in alpha diversity following treatment, including three where antibiotics intake resulted in significant increases. The other two involved topical retinoids, despite the fact they are non-antimicrobial.

With regard to increases in diversity, the researchers wrote: “The increase in microbial diversity following treatment could have been attributed to a decrease in relative abundance of ​C. acnes​, allowing other microbial strains to proliferate.​ ​​

“Most studies included in this review reported a decrease in ​C. acnes​, and one study in particular found that a negative correlation between ​C. acnes​ levels and pseudomonas species levels,​  ​suggesting that the strains, along with others, may be competing for the same niche environment.”​

In the future, they argued that future studies need to use using high-quality methodologies, clear metadata fields, and extended sampling to better characterise long-term impacts on the cutaneous microbiome following acne treatments.

“This systematic review highlights the impact of acne treatment in altering the host microflora, including therapies which are not conventionally associated with antimicrobial properties such as topical retinoids. ​

“Alterations in the diversity of community microbes and the relationship between resident microorganisms and the host response are important considerations in the treatment of acne, particularly given the link between the disease and dysbiosis. ​

“Acne treatment plays a complex role in influencing the composition of the cutaneous microbiome, including systemic antibiotics and treatments not conventionally associated with antibacterial properties,”​ they concluded.

“The Impact of Acne Treatment on Skin Bacterial Microbiota: A Systematic Review”

Sat Feb 12 , 2022
Today’s article is a presentation and discussion of four (4) very dynamic and popular HGH (Human Growth Hormone) supplements. Do you know what HGH supplements are? One thing for sure is that these supplements are among the most trendy products in all gyms today. In this article, we explore some […] 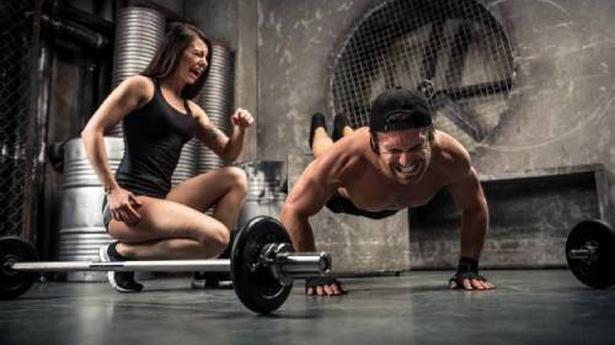