MOVIE URBAN LEGEND: The producers of Dirty Dancing almost removed the entire abortion plotline from the film to appease a possible promotional tie-in for the film with Clearasil acne cream.

Vestron Video was one of the pioneers of the home video market in the 1980s. Austin Furst Jr. was working for HBO when he was given the assignment of dismantling the film division of Time-Life that presumably HBO had acquired around that period (HBO’s owner, Warner Bros., eventually purchased Time-Life’s owner, Time, Inc. period). Furst realized that there was a market here to do home video versions of these products, so he decided to start his own company and bought the video licenses for these films himself and launched Vestron Video.

The company was doing well enough by the mid-80s that Furst decided to try to venture into the world of film production, as well, so that the company could own ALL the rights to a given film and not just the video rights. However, this was a very low budget affair, so it only picked up projects that none of the major studios were interested in, keeping the margins low enough that a flop wouldn’t affect them that much (the losses could most likely just be written off as tax losses, like how rich people often buy restaurants knowing they’re very likely to fail, but if they do, that’s a tax write-off, and hey, you get to say you own a restaurant). The company actually formed two different studios, Vestron Pictures, for mainstream films with budgets between $4-6 million and Lighting Pictures, for really low budget horror films with budgets under $2 million.

Eleanor Bergstein had written the script for Dirty Dancing for MGM, but a change in management led to the script being dropped by the studio. Linda Gottlieb was the producer of the film and she and Bergstein shopped the script to many studios before ultimately getting Vestron to bite by promising to cut the budget in half and the film was ultimately produced for under $5 million (Bergstein would later recall how they would have to buy snacks for the crew on their own, and it was mostly stuff like cheese and crackers).

RELATED: Did The Godfather Seriously Kill a Real Horse for Its Iconic Scene?

When the film was finished, Vestron was wary about making its money back (one executive joked that they should just burn the negatives of the film and collect on the insurance), so it tried to find some corporate sponsorship for the film to hopefully make some of the money back that it felt that it was about to lose.

Thinking that the film would at least be popular with teenagers, Vestron pitched Proctor and Gamble about doing a promotional tie-in with the film with its Clearasil acne cream and the company was interested. There would be an ad campaign and Proctor and Gamble would help finance the film posters (they would have a little bit on the posters with a Clearasil ad). However, Proctor and Gamble had a problme with a part of the film’s plot. You see, the whole reason why Jennifer Grey’s Baby ends up dancing with Patrick Swayze’s Johnny is because Johnny’s normal dance partner, Penny, has an appointment for an abortion and so Baby agrees to both finance the abortion with some money from her father and also stand in for Penny for the dance performance she has the same night she is set to get the abortion.

Proctor and Gamble wanted the abortion plot cut before it would do the tie-in and Vestron then went to Bergstein and Gottlieb to take the plot out of the film. Bergstein, though, explained that the plot was central to the story and that it literally couldn’t be edited out of the film at this point as otherwise, the film would make no sense (there would be no reason for Baby and Johnny dancing with each other, which is the whole point of the movie). The studio conceded the point (Bergstein would later note that she purposely made the abortion plot central to the film so that it COULDN’T be cut, as she assumed that eventually the studio WOULD try to ask her to cut it) and the promotional tie-in fell apart.

Luckily for Vestron, it was wrong about the film’s box office chances, and it became a blockbuster. Ironically, its success would prove to be a problem for Vestron, as it began to expand even further, buoyed by the success of Dirty Dancing, including starting a television division to turn Dirty Dancing into a TV series. Its other projects (including the failed TV adaptation) didn’t work out, and eventually the company went out of business by 1992.

Be sure to check out my archive of Movie Legends Revealed for more urban legends about the world of film.

Feel free (heck, I implore you!) to write in with your suggestions for future installments! My e-mail address is [email protected]

Did The Godfather Really Have a ‘Violence Coach’ to Make it More Interesting?

CBR Senior Writer Brian Cronin has been writing professionally about comic books for over fifteen years now at CBR (primarily with his “Comics Should Be Good” series of columns, including Comic Book Legends Revealed).

He has written two books about comics for Penguin-Random House – Was Superman a Spy? And Other Comic Book Legends Revealed and Why Does Batman Carry Shark Repellent? And Other Amazing Comic Book Trivia! and one book, 100 Things X-Men Fans Should Know & Do Before They Die, from Triumph Books. His writing has been featured at ESPN.com, the Los Angeles Times, About.com, the Huffington Post and Gizmodo.

He features legends about entertainment and sports at his website, Legends Revealed and other pop culture features at Pop Culture References.

Follow him on Twitter at @Brian_Cronin and feel free to e-mail him suggestions for stories about comic books that you’d like to see featured at [email protected]!

Is hair health now the star of natural beauty supplements?

Thu May 5 , 2022
The market for hair health supplements is growing fast. Transparency Market Research estimates an 11.5% global CAGR for the category between 2021 and 2031.1 While this growth was partially sparked by new consumer concerns around hair loss following COVID-19 infection, factors like dietary gaps and a growing consumer understanding of […] 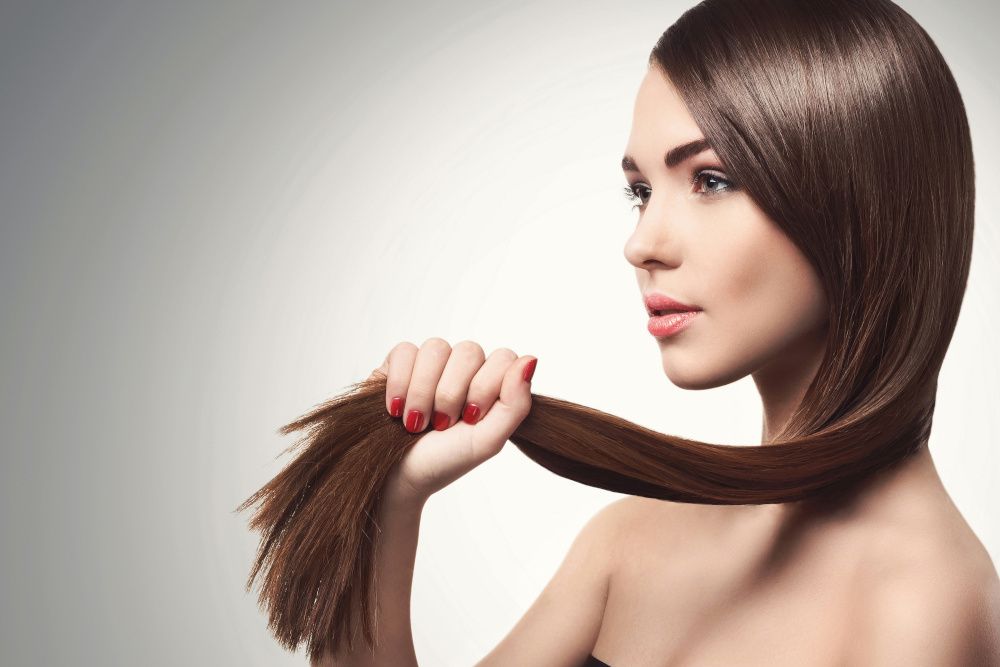