“I never put on weight whatever I eat. Guess I just have a really fast metabolism.” If you’ve ever heard this and rolled your eyes—or simply wondered what it actually means—you’re not alone.

Your body’s metabolism can play a vital role in maintaining a healthy weight. If you’re underweight according to a body mass index calculator—and a health care professional has ruled out an underlying medical problem—a super-efficient metabolism might be the cause.

Read on to find out more about metabolism and what to do if you want to gain weight healthily or bulk up a little.

Giles Yeo, a principal research associate in the Institute of Metabolic Science at the University of Cambridge, describes metabolism as “one of the steps in which we take to extract energy from food.

“There are two steps. The first step is digestion. We eat and it gets down to the gut. And the nutrients are then transferred across the gut wall: carbs, fats, sugars.

“Metabolism is the breaking down of these nutrients within the cell into energy. And people can have faster and slower metabolism—more or less efficient metabolism.”

Despite the great advances in scientists’ understanding of how the human body works, Yeo explains that there is still more to learn about metabolism.

The process can also be difficult to measure.

“This is unlike food intake and genetic differences, about which more is known, because eating food is a physical thing you can weigh—it’s how much are you eating. The problem with metabolism is that you have to measure it,” Yeo added.

Metabolism is measured either through the output of heat, or via the outputs of a change in ratio of carbon dioxide to oxygen. This can be done precisely and accurately on an individual. Broadening such studies can be tricky, according to Yeo.

“The biological difference, the genetic differences between people, you need to be able to measure metabolism accurately. But at scale—tens of thousands, hundreds of thousands of people.”

How to Gain Weight With a Fast Metabolism

Although some people do have faster, or more efficient, metabolisms than others, the differences are less pronounced than is commonly thought.

“The biggest difference in your body weight is still going to be based on food intake rather than a metabolism, purely because we are designed to eat food a lot quicker than we are designed to burn energy. Because it’s what’s kept us alive,” said Yeo.

Binging on chips and chocolates on your sofa may help you to put on pounds, but a diet high in saturated fats won’t do much for your health. It’s important to be active too.

Not everyone attempting to gain weight is looking for a six-pack or athletic build. People recovering from serious illnesses often need a nutritionist’s help to regain the pounds they have lost. Conditions that can cause unhealthy weight loss include thyroid problems, celiac disease, diabetes and cancer—as well as eating disorders and depression.

Cancer cells, for example, require more energy than healthy cells, so a cancer patient can be burning more calories when they are at rest. Many sufferers also experience nausea and loss of appetite linked to their cancer or to chemotherapy. People with cancers of the mouth or throat may find chewing or swallowing painful.

Yeo believes protein shakes can be an excellent option in these circumstances, despite saying: “I used to be very rude about them.”

He added: “It is more efficient to have the protein shakes and protein powders because you can get a lot more protein. The other reason you may choose to use protein shakes is they deliver the protein into you relatively evenly throughout the day.”

Protein shakes can also help older people who find themselves losing weight through simple loss of appetite—putting their health at risk. Yeo said: “You begin to lose muscle mass and so supplementation when you’re old can also be helpful.”

Thu Apr 21 , 2022
The products featured in this article have been independently reviewed. When you buy something through the retail links on this page, we may earn commission at no cost to you, the reader. ​​The Sports Illustrated editorial team is not involved in the creation of this content. Contents Best Workout Mirror: […] 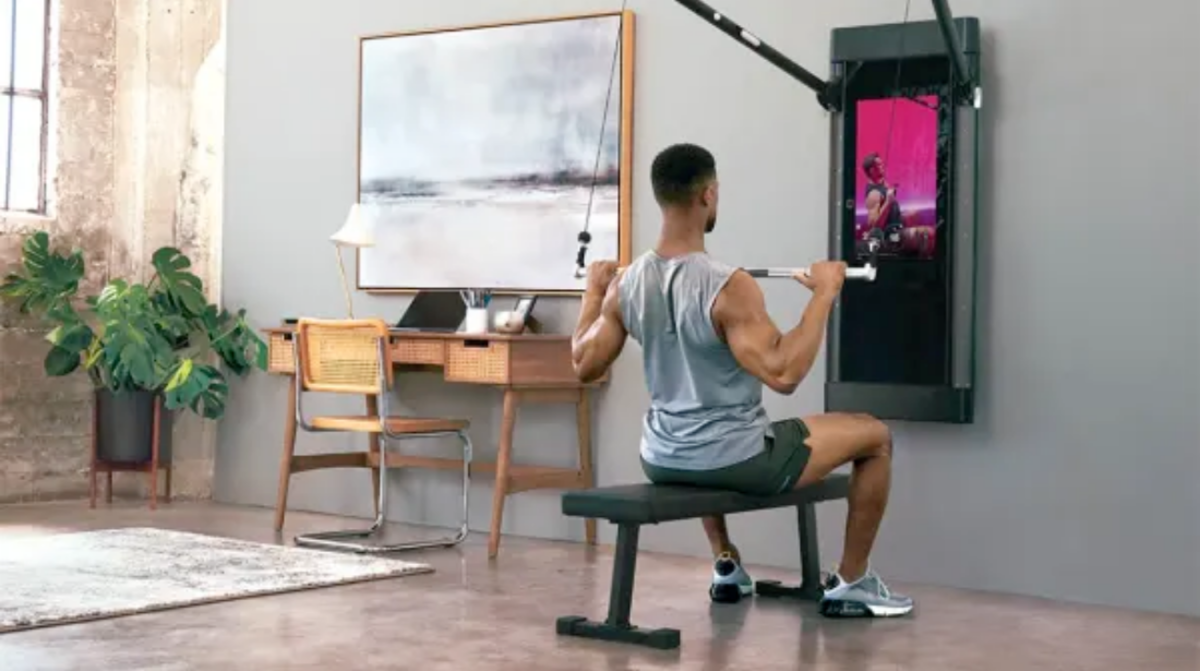