The operators of Colorado’s youth residential treatment centers, where children with the most acute mental health struggles go to recover, have warned for years that the system could fall apart without more funding.

There are signs it’s happening now.

Suicidal kids are waiting weeks, sometimes months, in hospital emergency rooms for a bed at a treatment center. Child welfare caseworkers are sleeping in county buildings or hotel rooms with children and teens when they can find no safe place for them to go. Dozens of kids are going to treatment centers out of state because Colorado’s options are so slim. And the Colorado centers that have stayed open are often overwhelmed, and spend hours each day chasing after children and teens who run away.

More than 1,000 beds, and 44 youth treatment centers, have closed since 2007. Of the 40 centers left in Colorado, only a handful are willing to take young people with the most severe mental and behavioral health problems.

A coalition that includes not just the treatment centers but Children’s Hospital Colorado and county human service directors is pointing toward a solution, one put in the works last year by the legislature’s Joint Budget Committee. They are on a lobbying campaign to get lawmakers and Gov. Jared Polis to act on an actuarial study that found it would cost $76 million to fully fund Colorado’s residential centers for children with severe mental health needs.

“We know what it would cost and it’s a lot of money,” said Becky Miller Updike, director of the Colorado Association of Family and Children’s Agencies, which represents some of the largest youth residential centers in the state. “And we need to pony up and figure out how to put it into place so we can build the continuum.”

The Joint Budget Committee passed a package of five bills last year intended to provide funding for kids with the most intense needs and, as a committee staffer who wrote the bills said then, to “keep the current system stabilized so it doesn’t fall apart.” The legislation ordered up a two-part actuarial study, the first half of which tallied $76 million needed for salaries and treatment.

But the money wasn’t included in the governor’s budget request this year, though he did set aside $12 million in emergency discretionary funding to create 45 new youth residential center beds in the state.

Residential centers are now looking to lawmakers, including the governor’s Behavioral Health Task Force — which is recommending how to spend $450 million in federal coronavirus aid. The panel has tagged at least $110 million for children and families, though it’s unclear so far how much might go to residential centers. Some of the funds are earmarked specifically for residential treatment, including a 16-bed youth neuro-psychiatric center at Fort Logan.

Without a drastic boost, youth treatment centers can only try to stay afloat, not help pull kids out of crisis, Updike told a panel of lawmakers on the House human services committee. The daily rates the state pays to the centers to care for kids in the child welfare system aren’t high enough that the centers can afford appropriate salaries for their workers, she said.

Instead of county child protection workers and hospital staff begging for any available bed, Colorado needs a system in which caseworkers could describe a kid’s particular needs and the state could offer a list of options.

“We don’t have that right now,” Updike said. “It’s about beds and keeping kids safe and keeping them from running … The picture right there is a really bleak one.”

Jamie Ulrich, director of human services for Weld County, is among those who said caseworkers are sleeping in county office buildings or at hotels because they can’t find placements for children who already have lived in multiple foster homes.

Often, when Weld County does find a residential center bed for a child, the child is kicked out for exhibiting severe mental health problems, such as a suicide attempt, Ulrich said.

A 15-year-old in Weld County who was sexually abused and removed from a single father with substance abuse issues spent 219 days in a residential treatment center. The teen then went to a hospital after an overdose and cutting incident, and the residential center informed Weld County that it would not take him back. He’s been hospitalized for 33 days and counting, waiting for a treatment center bed, Ulrich said.

Another teen, a 17-year-old girl with intellectual disabilities and acute mental health issues, spent 78 days at the state mental hospital in Pueblo and then 216 days in a residential treatment center. But the center told Weld County child welfare that it would no longer care for her after she became suicidal and was sent to a hospital. After 54 days in the hospital, the county found her a bed in a group home. But she was kicked out of the group home for cutting herself and threatening staff. So she waits in a hospital bed for a spot at a high-level treatment center, Ulrich said.

“Each one of those placements is basically starting over with these youth,” she said. “I truly believe that the professionals that work with these youth are doing the absolute best that they can. I believe the system is causing these challenges. We are all trying to do the best we can with what we have.’

Heidi Baskfield, vice president of population health and advocacy for Children’s Hospital Colorado, said the hospital’s psychiatric unit is full and children are waiting in emergency department beds for weeks as their families or caseworkers search for treatment center beds. Often, kids are sent out of state, far from their families, because it’s the only place available, she said.

Residential centers are trying to make sure they get a large enough piece of the $76 million to make a dent in the crisis. The Joint Budget Committee agreed last week to fund the second part of the actuarial study, which is expected to provide a more detailed picture of residential center needs.

The centers have a long history of funding battles in Colorado.

The Colorado Sun has no paywall, meaning readers do not have to pay to access stories. We believe vital information needs to be seen by the people impacted, whether it’s a public health crisis, investigative reporting or keeping lawmakers accountable.

This reporting depends on support from readers like you. For just $5/month, you can invest in an informed community.

A different actuarial study ordered by the legislature in 2017 found that counties had spent $78 million the prior year on placing children in out-of-home settings, including residential centers. But, the analysis found, that was $53 million of what they should have spent, when accounting for the going market rate for what it costs to operate centers and pay staff, as well as foster homes.

The Joint Budget Committee launched an aggressive funding plan to pump $54 million in federal, state and county dollars into the child welfare system over a four-year period, which ended last year. But now Colorado’s residential centers, under the federal requirements of the Family First Act, must become accredited as federally qualified trauma-informed treatment centers, including by employing round-the-clock nurses.

The new requirements, center operators say, will make it even harder for them to keep their doors open. The actuarial study funded in 2021 was intended to figure out the true cost of operations, including salaries, for youth residential centers as they take on the new federal requirements.

We believe vital information needs to be seen by the people impacted, whether it’s a public health crisis, investigative reporting or keeping lawmakers accountable. This reporting depends on support from readers like you.

Thu Feb 24 , 2022
If you purchase an independently reviewed product or service through a link on our website, SheKnows may receive an affiliate commission. I had left the years of my horrible blemish breakouts in the past, thankfully, but the scars continued to haunt my present. I didn’t love wearing foundation, so I […] 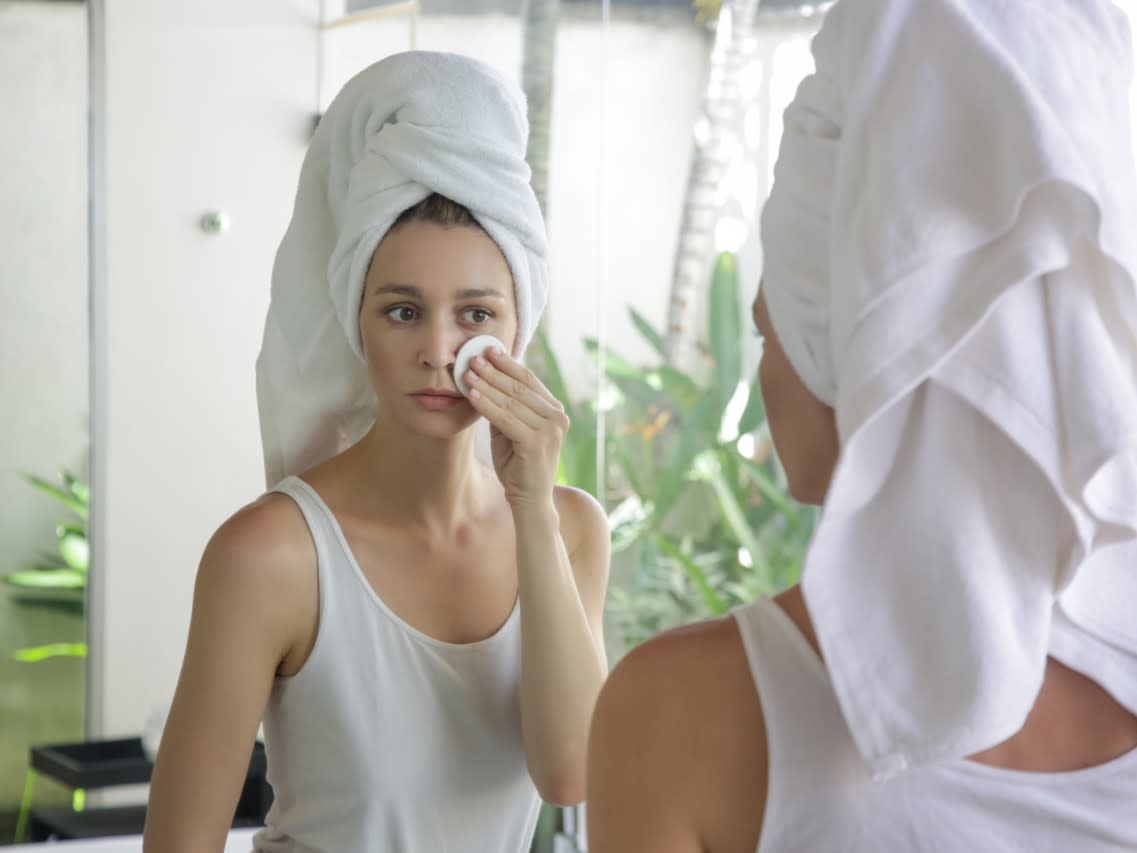