KATE Forbes has said the health and care sector is “unlikely” to suffer job losses as a result of her spending review, meaning other areas will have to bear the brunt of staff cuts.

The SNP finance secretary announced last week that she wanted to reduce the public sector workforce to “pre-pandemic levels” as the total pay bill was frozen for four years.

She said it was part of a wider “reset” of public services to avoid a looming £3.5billion black hole, with real-terms cuts of 8 per cent to the police, fire services, courts and councils.

Ms Forbes today gave evidence on the four-year spending review to Holyrood’s finance committee on the potential impact of her plans.

She said that, rather than shrink, the health and care sector, which will have a bigger budget,  was likely to need greater staff numbers, citing the creation of the National Care Service.

As a result, other public services could be cut  further to hit an overall “pre-Covid” workforce level, although Ms Forbes said she had “not put a figure” on how many jobs could go.

Ms Forbes replied: “What I’ve been at pains not to do is set an arbitrary target on figures. “And second to dictate to specific public bodies what they need to do.

“We will engage with them, and most importantly with trade unions, over the next few months in advance of this upcoming budget in terms of where the workforce needs to be reset. It is based on a freezing of pay bill that doesn’t equate to a freezing of pay level. That’s what’s driving the need to reform.”

Labour MSP Daniel Johnson said other parts of the public sector would be forced to choose whether to cut pay or staff numbers.

He said that alongside an estimated 15,000 increase in healthcare staff, there had been 4,000 new civil servants recruited, another 7,000 added to local government and 5,000 to public corporations, and that the latter three may take the brunt of the cuts.

Ms Forbes agreed some sectors no longer needing additional staff would have to reassess their workforce numbers in the wake of the pandemic.

She said: “It’s about effective management across the board, rather than setting arbitrary targets over a very short period of time.”

Earlier, Ms Forbes insisted “there was no black hole” in public finances after outlining her spending review to MSPs, as the review was intended to avoid it arising.

In response to Liz Smith, Scottish Conservative finance spokeswoman, Ms Forbes said it was “factually inaccurate” to suggest there was a £3.5 billion deficit in public finances as the spending review requires the Finance Minister to balance the projected funds.

Thu Jun 16 , 2022
Hair loss is an extremely common beauty issue many women deal with as they age. It can stem from a number of factors, from a lack of essential nutrients to prolonged periods of stress—it may even be genetic. However, no matter what the source of the issue is, there are […] 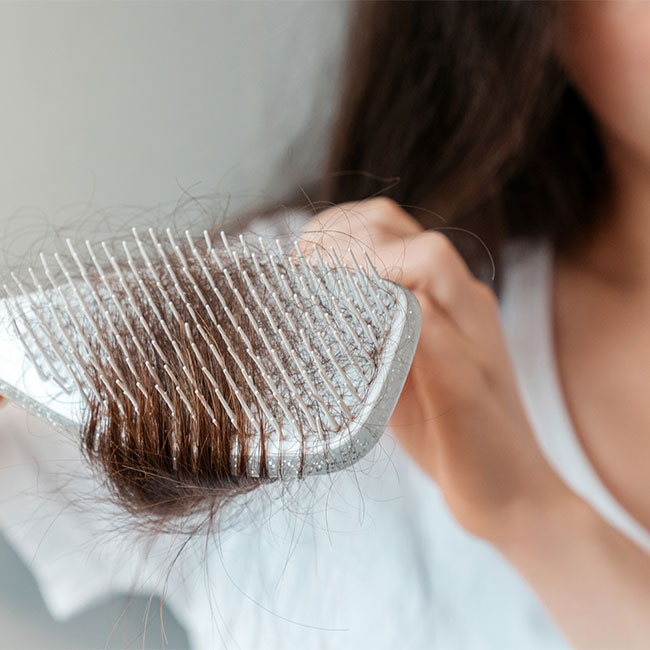