Welcome to The Simple Things, a wellness franchise dedicated to the routines and rituals that bring a sense of well-being to our daily lives. As the name implies, sometimes it’s not about making seismic shifts in our day-to-day—simple actions can be just as impactful for ourselves and for those in our community.

This week, we’re chatting with co-captain of the U.S. Women’s National Soccer Team and two-time World Cup Champion Megan Rapinoe, who recently added another title to her resume: Shiseido brand ambassador. Ahead of the brand’s latest launch, the New Ultimune Power Infusing Concentrate, we caught up with Megan to discuss what well-being means to her, the wellness habits that encourage self-preservation and creative exploration, and more.

What do you do for your mind, your body, or your spirit to help you feel grounded?

“We’re lucky enough to have a beautiful view of Seattle, by the water, and we have a little balcony. So, as many days as I can, I like to get the coffee going in the morning, go out there and take five deep breaths; even when it’s cold outside or raining a little bit. I don’t take the view for granted, but sometimes it just becomes this normal thing, a part of the background, so I try to be like, ‘Oh my god, it’s fucking unbelievable that I can look out at the water every day.’

“I also love taking baths. We’re a total bath family. It’s a nice way to take your physical body and literally put it in something else. Sometimes, we’re so disconnected from our actual physical bodies in regard to what it’s saying.”

That idea of feeling disconnected from your body—is that sensation intense for you, even though you’re an athlete and your body plays such an active role in your day-to-day life?

“I do. Sometimes I’m so hyper-aware of my body that it’s annoying. I’m like, ‘Why does that one vertebrae feel like it’s out of place?’ For me, it manifests in the disconnection between my emotions and my mental state. My physical body will be tired and emotionally, I’m unsettled or mentally, I’m unsettled, so how do I take time to shut off and rest? But, how do you actually shut off? It’s not just like telling your mind to calm down.

“That’s why bathing or going outside to breathe and calm my mind down creates a connection between the mental and physical. It’s hard to find that balance; we can always be doing more. I could always be saying yes to more things and no to more things. It’s gotten worse during the pandemic because we’re in our houses and on Zoom and busy, but also not busy at the same time. We’re not doing anything, but we’re exhausted, of course. And we’re not talking about that. We’re not talking about the physical languishing toll that this virus has taken on all of us. That’s how it shows up for me. How do I connect different parts of myself in one moment to help calm things down?”

On the topic of beauty, every woman has a really complicated relationship with it. But, I do find that the rituals involved with skin care or makeup helps slow down my thoughts. I was wondering if you’ve had a similar experience:

“Or, this is what makes my skin feel good or my face look bright and healthy like I want it to and that makes me feel good. I’m always trying to break down those antiquated ways of thinking for me. And it’s a journey because we’ve been told that a tight face with no wrinkles is what looks beautiful, but that’s not actually possible.”

It’s a double-edged sword because when women do try and look a certain way, then they’re called fake:

“Yeah, they’ll be like, ‘She’s done a lot of work,’ or ‘She cares so much about the way that she looks.’ Like, thanks. But, I agree with you. I like the process of putting things on my face that I know make me feel good. Or if I’m going out, the way that I like to do my makeup, or if I wear a beanie, I want to do things a certain way. I’m always coming back to what makes me feel good about myself. That’s really all that matters. If I think I’m beautiful, then that’s fine.”

Is it also a creative expression for you?

“Oh, totally. One of the chief ways that I express myself is through fashion, through my hair, and through the way I present myself. It’s almost like self-soothing. Like, I get to pick the way that I want to look. Over the last three or four years, it’s been much more focused on that. If you walk out and feel great about yourself, then the world feels like it opens up a bit.”

Does that translate when you’re on the field? Is there anything you would do before a game to hype yourself up and get rid of those nerves?

“If I’m really nervous, it’s because I know I haven’t prepared in the way that I needed to. So, my stress relievers come in [the form of] preparation. Having a really specific routine helps because it just moves the day along. I’m not a superstitious person, but I pretty much do the same exact thing every game. It gives you a little bit of structure around your day, which calms the nerves for me. Then, I can get onto the field and just play. I can be a little bit more free.”

You’ve mentioned in previous interviews that your romantic relationship [with Sue Bird] has been life-changing for you. I’m curious as to how love, both friendship and romantic, has been transformative for you, especially throughout the pandemic:

“My romantic relationship with Sue, I could gush about it forever. When someone sees you the way that you want to be seen, it’s amazing. But also when they let you see them that way, it creates this mutual mindset of ‘I don’t really care what the world thinks. We’re just gonna craft the life that we want with the way that we want to see each other and support each other.’

“I’m really lucky to have some amazing friends and family who really aren’t interested in the status quo—especially my closest confidants. We like looking at the world in a ‘How can we fuck it up?’ sort of way. And we’re also not afraid of saying the stuff that’s obvious, like when I was talking about ‘the beauty box’. No one fits into this and everyone knows that. No one is really happy when they’re trying that. Everyone’s miserable. So, we’re not doing that. Even if it’s building a relationship based on something different or building a friendship based on a shared set of values that we can use to create something new, that is really life-giving to me.

“Being a gay woman, and being a woman in sports in general, it became very clear to me very early that this [world] wasn’t set up for me. This was not designed for me to be successful. And the more energy I spend trying to be successful, in that particular way, the more frustrated I will become. Sometimes it gets hard because on the surface, there’s a lot of ways where I’m as successful as male athletes are, if you look at it from a more traditional point-of-view. But as soon as I go to build my business or my brand like that, it just doesn’t work.

“It’s just different. To paraphrase the great Audre Lorde, to try to break down the master’s house with the master’s tools, it just doesn’t work. So, finding those like-minded people who are also like, ‘Yeah, this doesn’t really work for me, I don’t necessarily know what does, but let’s try to be in this together.’ What kind of relationship do we want to have? What does that mean? What kind of family do we want to build? I find a lot of joy in that because I just look out into the world, as I’m sure everyone except straight, cis white men do, and I’m like, ‘Obviously this isn’t working.’ So, I’m going to stop allowing myself to be gaslit 99 percent of the time and try to do something different.”

It also gives you a sense of discovery that comes along with creating something that’s your own and that you find pleasure out of. It’s not someone telling you, ‘You have to do this.’

“There’s always going to be a struggle. We have to break down barriers. It’s just a fact of our lives as women, as a gay woman, as an athlete, all these things.

What are other habits carrying you into this next year and what are ones you hope to cultivate?

“For me, embracing failure and path changes is important. I don’t know all the answers. I am trying to build something new and that’s going to come with a lot of trial and error. It’s also giving that space to other people as well, like the people I work with or with Sue in our relationship.

“I just want to focus on not looking at things within the binary of ‘I did well’ or ‘I didn’t do well.’ It’s all in flux and it’s all on this path of wanting to create something new and challenge myself. I want to embrace hard times, the challenges, and the failures.

“I really want to focus on rest. Being able to tap into rest and building that muscle is difficult. Our culture doesn’t allow for it at all. The whole grind of work, work, work doesn’t work, but it’s very difficult to just be like, ‘Oh, now I’m resting’ in your mind. I’m trying to build that practice for myself and others by giving the people I work with that license.”

3 Population Health Trends to Watch in 2022

Mon Jan 24 , 2022
Telehealth, efforts to address social determinants of health and a focus on health disparities are likely to be among the top priorities in population health this year. COVID-19 will continue to cast its long shadow on U.S. healthcare in 2022. But for population health, there is that silver lining people […] 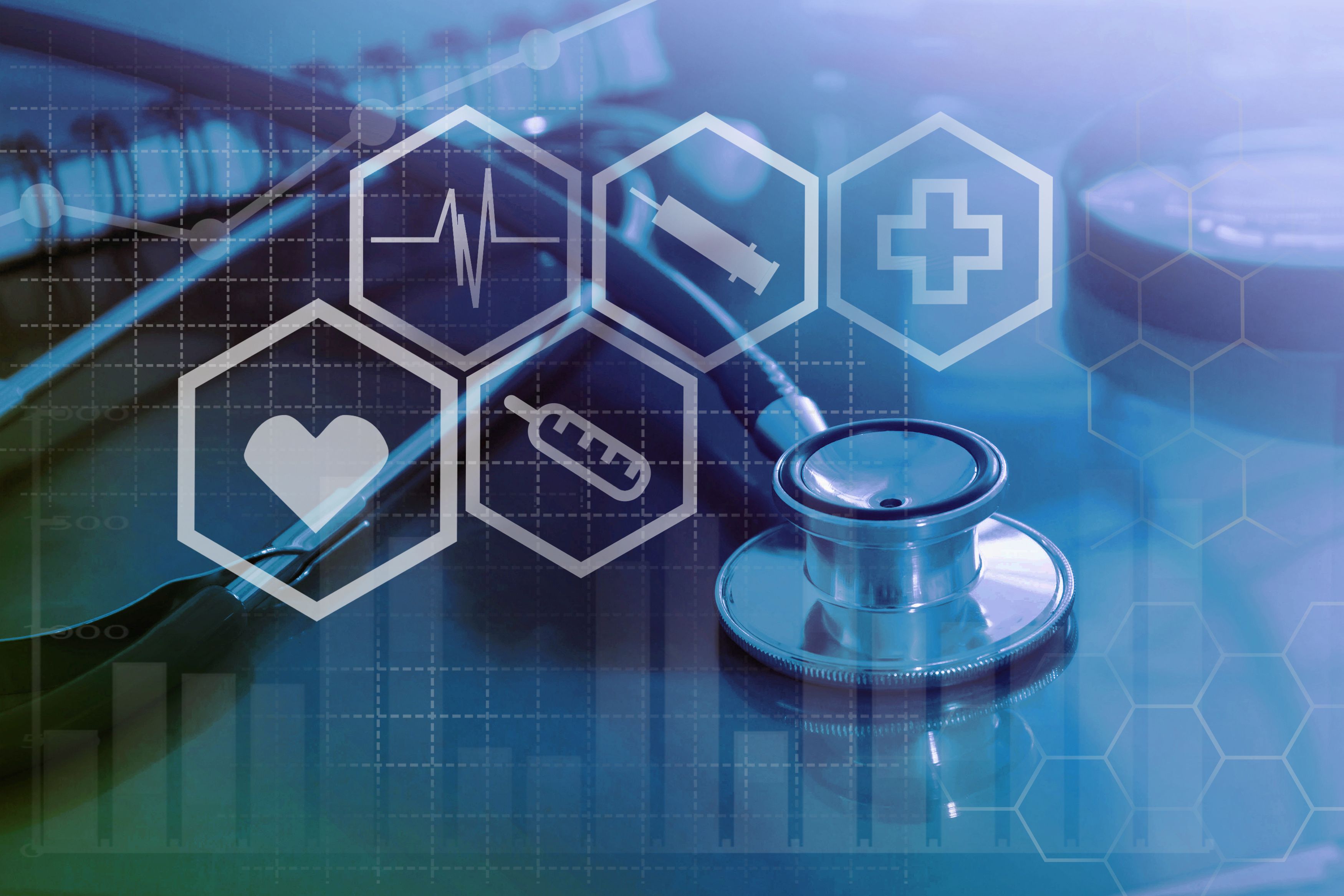