Acne affects as many as 50 million Americans every year, according to the American Academy of Dermatology.1 While hair follicles play a known role in acne lesion development, new research reveals that extrafollicular skin cells also play a key part when transformed into fat cells.

“We began our research wanting to understand the biology of acne and specifically looked at the role of fibroblasts, which typically provide structural support in the deeper layers of the skin,” Alan O’Neill, PhD, assistant project scientist in the Department of Dermatology at the University of California San Diego’s School of Medicine,said in a press release.3 “These cells were activated to produce large amounts of an important antimicrobial, cathelicidin, in response to acne-causing bacteria called Cutibacterium acnes [C. acnes],” he said.

O’Neill and colleagues discovered the process after performingskin biopsies on acne patients who had been treated with retinoids for several months. They found that retinoids had enhanced production of cathelicidin.

Researchers confirmed their findings in an experimental model using mice, which were injected with acne-causing bacteria. O’Neill and colleagues reported similar treatment responses in mice as they saw in human study participants.

“These findings may transform the way we treat acne,” said Richard Gallo, MD, PhD, Ima Gigli distinguished professor of dermatology and chair of the Department of Dermatology at UC San Diego School of Medicine, and Dermatology Times® editorial board member, in the release. “Previously, it was thought that hair follicles were most important for acne to develop. In this study, we looked at the cells outside of the hair follicle and found they had a major effect on controlling bacteria and the development of acne.”

In the UC release, O’Neil emphasized that identifying this new process could help find new treatments that use cathelicidin production to make a therapeutic acne treatment that “would be more selective with potentially less harmful side effects.”

Retinoid treatments work by controlling lipid development in skin cells. However, tetrogenicity can be a major adverse event (AE), causing fetal abnormalities in pregnant people. This AE limits its use to only severe cases, the release said. These new findings may lead to more targeted and safer approaches to acne treatment, study researchers concluded.

Richard L. Gallo is a cofounder, consultant, and member of the scientific advisory board and holds equity in MatriSys Bioscience.

Folifort: Is This Hair Loss Support Worth Buying This 2022?

Sun Mar 20 , 2022
Hair loss is a common concern that a lot of people experience nowadays. Despite not being a critical condition, there is no denying that it can affect your wellness. Many people are so conscious of their overall appearance in public.  Balding or thinning hair can damage your self-esteem and may […] 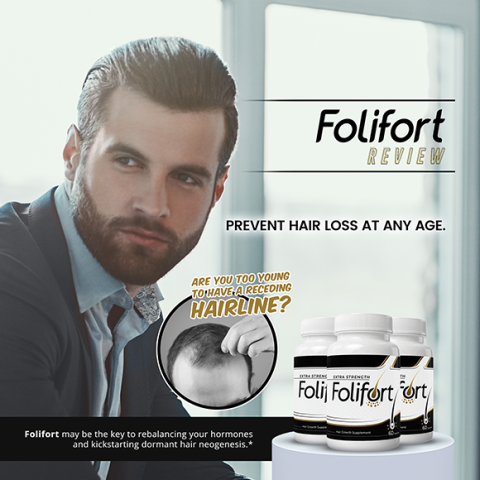