New national guidelines have been released by the Academy of Medical Royal Colleges to address the way that healthcare professionals, including nurses, treat sepsis.

The guidelines, released on May 12, propose significant changes in the way that people with suspected sepsis are treated with antibiotics, alongside new measures to address antimicrobial resistance (AMR).

“What is important is that we give staff more time to assess, obtain senior clinician review if needed and provide accurate diagnosis and treatment”

They state that healthcare professionals, including nurses, should recognise and treat the very sickest people with sepsis within one hour and assess and treat those who are less ill within three hours.

Current national guidance recommends that anyone with possible sepsis should be given antibiotics intravenously and immediately and that these antibiotics can be changed or stopped depending upon subsequent test results.

However, the new guidance stresses the importance of choosing the right antibiotic to treat sepsis.

A number of organisations have endorsed the guidance, including the UK Critical Care Nursing Alliance, of which the Royal College of Nursing’s Critical Care and Flight Nursing Forum is a part.

He said: “The guidance will not only help standardise the process but will also help healthcare professionals communicate about a patient’s condition and deterioration.

“Previously, the focus has been on administration of antibiotics within an hour for patients with sepsis. The new evidence shows that not all patients, particularly those who are less sick, benefit from this.”

Diagnostic uncertainty, caused by test results not being ready quickly enough, has meant that people who are not as ill with sepsis, or do not have sepsis at all, can be given the wrong antibiotics or antibiotics they do not need.

A controlled use of antibiotics has been promoted in this new guidance to tackle antibiotic overuse and subsequent AMR, which has been declared a top 10 global public health threat by the World Health Organisation (WHO).

AMR happens when the organisms that cause infections evolve ways to survive treatments and this is a particular concern with antibiotics.

The new guidance states that staff treating potential sepsis patients who are not as severely unwell should have more time to assess and investigative.

It argues that there is a “strong weight of evidence” which shows there does not have to be “such a rush” in less sick patients.

Ms Shrestha said: “Over diagnosis and over administration of antibiotics brings its own challenges, including resistance to antibiotics and other medicines.

“What is important is that we give staff more time to assess, obtain senior clinician review if needed and provide accurate diagnosis and treatment.” 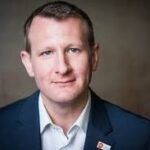 The UK Sepsis Trust also welcomed the publication of the new national guidelines.

Dr Ron Daniels, chief executive of the charity, said: “Increased awareness of, and education around, the grave dangers of sepsis over the last decade have culminated in the important new guidance.”

Thu May 19 , 2022
Mass gainer tablets are essential to build muscle mass quickly. Mass gainers are specialty protein powders containing calories, carbohydrates, and other ingredients required to improve muscle development. Mass-gainers may be taken by those who are unable or unwilling to lose weight. Some people take mass-gainers because they are unable to […]