Earlier this week, Ricky Gervais chimed in on the furor that has followed Will Smith’s slapping of Oscars presenter Chris Rock live on stage at this year’s Academy Awards on March 28.

Smith had reacted angrily when Rock made a joke about Smith’s wife Jada Pinkett Smith’s shaved head resulting from alopecia which can cause partial or total hair loss – suggesting she could star in a sequel to G.I. Jane.

The Academy of Motion Pictures Arts And Sciences announced on Friday that it was banning Smith from the Oscars for 10 years for his assault on Rock.

In a live Twitter Q&A, Gervais, who has hosted the Golden Globes on multiple occasions described Rock’s jibe as “like the tamest joke I would ever have told.”

He also ridiculed the notion emanating from certain sections of the alopecia community on social media that poking fun at Pinkett Smith’s hair loss was akin to laughing at someone’s disability.

Cracking up, Gervais said, “Someone said it was joking about her disability. Well, I’m going a bit thin, so I’m disabled. That means I can park right up next to Tesco now. And I’m fat. That’s a disease, isn’t it? I’m fat and balding. I should get f*****g benefits.”

As we move into a post-pandemic era with long Covid now on the scene, Gervais’ comments provide pause for reflection on how far we should cast the net in 2022 when defining disability and the sad but usually inevitable discrimination that often accompanies it.

On the surface, Gervais makes a reasonable point in suggesting that alopecia is not a disability. The condition is not covered by any legislation designed to combat disability discrimination such as the Americans with Disabilities Act in the U.S. or the Equality Act in the U.K.

An additional inherent danger in having too broad a definition of disability is that the term may end up becoming trivialized by incorporating medical conditions that are usually viewed as more minor, or primarily cosmetic in nature, with less pronounced functional deficits.

This could lead to a more complacent attitude across wider society towards those with more serious illnesses and impairments who are in genuine need of special consideration and tailored assistance.

The last thing that the disability community needs, particularly those with complex conditions, is a pervasively dismissive attitude of, “Oh everyone’s got something to deal with, so pull your socks up and get on with it.”

Finally, if similar to other diversity streams, disability becomes purely a matter of self-identification, then other perils lie ahead.

As Gervais alludes to in his typically blunt style, the state would be awash with spurious claims for financial assistance based on people’s feelings and body image.

Yet, sadly, the inevitable societal backlash against those being perceived as lazy, self-indulgent and attempting to milk the system would undoubtedly spill into all sections of the disability community and tar many of those in genuine need with the same brush.

On the flip side, of course, too narrow a definition of disability, reserving the term for only the most grievous medical conditions, would leave many without the legal protections and financial assistance they desperately require.

Would it not be fair to say, however, that a strict codification of what constitutes a disability is only actually necessary within those narrow welfare and legal spheres?

Can it not be the case that the media and society as a whole have nothing to lose by adopting a broader and more compassionate view of what the term really conveys?

In reality, a condition like alopecia, whether you feel it’s a type of disability or not, is a perfect example of the social model of disability at play.

The social model of disability, contrary to the traditional medical model, dictates that disability is not simply due to the physical manifestation of impairments in the body but rather environmental and attitudinal barriers that permeate society.

While folks with alopecia may not require wheelchair ramps and, as Gervais mentioned disabled parking, are they not likely to face discrimination and negative judgments from others?

Leaving aside the gilded bubble of Hollywood, let’s take the example of an ordinary, everyday 24-year-old woman who develops a condition like alopecia and goes on to lose most of her hair.

Does Ricky Gervais genuinely believe that the grieving process and mental distress involved would be similar to that of an overweight male in his fifties with a receding hairline?

It’s far more likely that the above would be in closer alignment with those who experience life-changing injuries.

It’s important to remember that this is not about self-pity and self-indulgence either. Of course, body image and self-confidence are important but a lot of the mourning that comes from developing a life-changing medical condition stems from the sure-fire knowledge that one has now become a part of a minority group subject to “othering” and all that entails.

Speaking of “othering,” disability should certainly not be divorced from comedy or relaxed off-hand commentary similar to that made by Gervais. Making it too thorny and taboo will also create additional barriers.

Instead, rather than focusing on the name of a medical condition to ascertain whether it maintains protected characteristics, or is fair game for jokes and banter, a better approach might just be to empathetically consider the human elements and actively imagine stepping into those shoes.

Sun Apr 17 , 2022
“Atypical bipolar” is not a diagnosis. It refers to the fact that a person has symptoms of bipolar illness that differ in some way from the more common presentations of the condition. Bipolar disorder is a type of mental health condition associated with extreme highs and lows. A doctor may […] 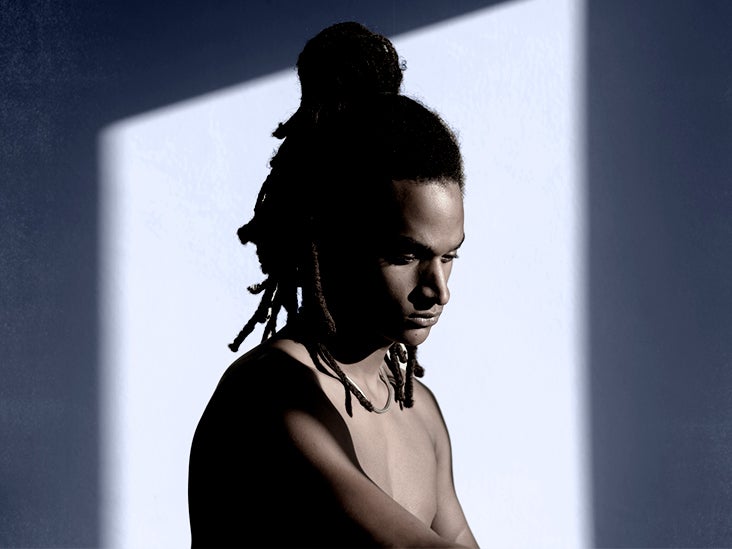