A South Jersey health care system is donating $85 million to Rowan University to create an endowment for an osteopathic school of medicine and research.

Virtua Health and Rowan University announced the signing of an affiliation agreement Tuesday to create a new academic health system.

It will create the Virtua Health College of Medicine & Health Sciences of Rowan University. The new college will include an osteopathic medical school; an expanded nursing and allied health professions school; a new school of translational biomedical engineering and sciences; and multiple new research institutes, a statement said.

The $85 million endowment will contribute to investments in faculty, educational programs, and the construction of a state-of-the-art research facility, officials said.

“Virtua Health is one of the leading health care providers in the state,” Ali A. Houshmand, Rowan’s president said. “This landmark gift and our partnership will transform both institutions.”

The effort will bring together leading clinicians and scientists to elevate care delivery, medical innovation, and education, the statement said. Research institutes will focus on cardiovascular disease, solid organ transplant and regenerative medicine, and primary care.

“This affiliation will further strengthen our relationship with Rowan so that we can innovate around the training of tomorrow’s physicians and health professionals and the critical research that will impact the future of health care in this community, Dennis W. Pullin, president and CEO of Virtua Health, said. “I am excited about the purposeful things that we will do together and the lasting, here-for-good impact our efforts will have in New Jersey and beyond.”

The new college will recruit 50 new faculty investigators, including basic and clinician scientists, over the next 10 years.

“This expansion is expected to generate more than $225 million in new research grants by 2032,” Tony Lowman, Rowan’s provost said. “This research will focus on translation of technologies to practice and have an important impact on patient care as well as put Rowan among the leading R1 research institutions in the country, representing the highest level of research activity at academic institutions.”

Plans also include the construction of a new research facility.

Rowan is a state university. It was known as Glassboro State College until 1992, when industrialist Henry Rowan donated $100 million for an engineering school. The school also received nearly $26 million from an alumni couple over recent years to build and develop a dinosaur fossil park and museum near its main campus in Glassboro, Gloucester County.

In addition to the new relationship with Virtua, Rowan has an existing school of osteopathic medicine affiliated with Jefferson Stratford Hospital and a medical school affiliated with Cooper University Hospital for MD degrees.

“We will continue to have an affiliation agreement with Jefferson, but will now expand our relationship with Virtua, sending a larger percentage of our students to complete their clinical rotations there,” said Joe Cardona, Rowan’s vice president, university relations. “We have affiliation agreements with all the major health systems in South Jersey. Virtua Health will be SOM’s principal affiliate.”

Please subscribe now and support the local journalism you rely on and trust.

Bill Duhart may be reached at [email protected].

The Role of Digital Health in Clinical Trials

Thu Jan 13 , 2022
Tuesday, January 11, 2022 The U.S. Food & Drug Administration (FDA) recently issued draft guidance regarding the use of digital health technology (DHT) for the remote acquisition of clinical trial data. DHT can take the form of hardware and software, and is capable of collecting a wide range of clinical, physiological, psychological, […] 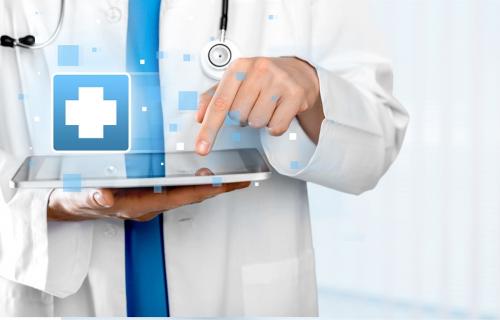