Sleep apnea is a condition that causes intermittent interruptions in breathing during sleep. There is some evidence that sleep apnea is linked to mental health conditions, such as depression and anxiety. Untreated sleep apnea can lead to serious medical complications, such as heart disease, stroke, heart failure, and sudden death.

Sleep apnea is a common medical condition. Current estimates suggest that about 22 million adults in the U.S. have sleep apnea. The most common type is obstructive sleep apnea (OSA), in which the airway is blocked during sleep.

Learn why sleep apnea affects mental health, symptoms to look for, how treatment can help, and ways to cope.

Researchers have noticed a possible link between sleep apnea and depression, especially major depressive disorder (MDD). However, it’s still unclear exactly how that association works and what causes it.

Which Condition Causes the Other?

The link between sleep-related disorders and mental health conditions is well-established. People with insomnia often have higher rates of depression and anxiety. Meanwhile, around 75% of people with depression have trouble falling and staying asleep. However, it’s not clear whether OSA causes depression or vice versa.

Feeling sadness, hopelessness, or worry can make it harder to get a good night’s sleep. In turn, poor-quality sleep and sleep deprivation can increase the risk of developing depression and anxiety.

People with mental health conditions such as depression or anxiety may also find it harder to follow through with treatment and cope with everyday stress. They may try to cope by using psychoactive substances like alcohol or drugs. But unfortunately, this can make their mental health symptoms, and the symptoms of any co-occurring disorders get worse.

Sleep apnea and depression have some symptoms in common, such as daytime sleepiness, memory loss, fatigue, irritability, difficulty concentrating, and mood swings. Both conditions can interfere with daily functioning. This can sometimes make it hard to tell which condition is causing which symptoms.

Other signs and symptoms of sleep apnea include:

Additional signs and symptoms of MDD include:

There is a strong association between sleep apnea and mental health symptoms. Here are some recent findings of the link between OSA and depression:

Untreated sleep apnea and depression also share some risk factors in common—especially obesity and being overweight—and can lead to some of the same health complications. These may include:

Ultimately, the relationship between sleep apnea and depression is complex.

Breathing interruptions from sleep apnea may disrupt your ability to fall asleep and your overall sleep quality, making you more prone to developing depression and other complications from long-term sleep deprivation.

Some researchers have also suggested that sleep apnea’s effects on oxygen saturation in the blood during sleep could contribute to the development of depressive symptoms.

What’s more, depression may make it harder for you to maintain a healthy weight or stay physically active, which can increase your risk of developing OSA.

Sleep apnea is typically diagnosed with a sleep study (overnight polysomnogram). During a sleep study, a sleep specialist records your eye and leg movements, heart rate and rhythms, breathing rate, and oxygen levels while you rest. This will help determine whether you have mild, moderate, or severe OSA.

While CPAP is the main treatment for OSA, your doctor may recommend other therapies or preventive measures, such as:

If you have both MDD and OSA, it’s important to seek treatment for both conditions. Lifestyle changes, therapy, and medication can help you manage your depression-linked sleep apnea.

Prioritizing sleep and overall health is key to coping with the symptoms of both sleep apnea and depression. Here are some lifestyle changes you can make in order to effectively manage both conditions:

Your doctor may prescribe antidepressants to help boost your mood and gradually improve your depressive symptoms. If you have OSA or any other co-occurring conditions, let your doctor know before taking any prescription drugs. Psychotherapy, such as cognitive behavioral therapy, can also help with symptoms of depression.

Sleep apnea is a common medical condition that causes intermittent disruptions in breathing during sleep. The most common type is obstructive sleep apnea (OSA).

Many people with OSA also have symptoms of depression. While there is a clear association between sleep apnea and depression, it’s unclear which one causes the other. Many researchers believe that there is a mutual relationship between the two conditions.

Depression can be treated with prescribed medications, talk therapy, or both. Lifestyle changes, such as staying physically active and establishing a consistent bedtime routine, can help with both conditions.

A Word From Verywell

Mental and physical health are often closely linked. Sleep-related disorders such as sleep apnea can make your depression worse and vice versa. Talk to your doctor if you are experiencing symptoms of depression, sleep apnea, or both.

B.C. has critical ICU nursing shortage, no plan to address it: union 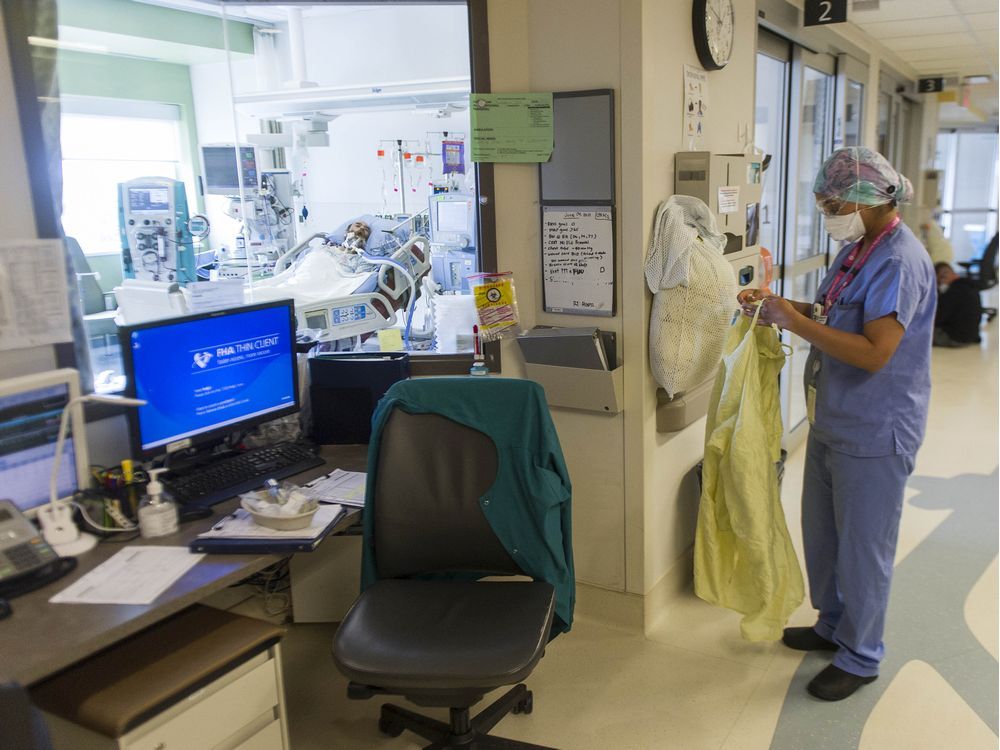