Valerie Bertinelli is revealing how she avoids worrying about her weight.

The actor, celebrity chef and author penned a first-person essay for New Beauty about her struggles with body image and positivity.

In the essay, which was published on Monday, Bertinelli, 61, wrote that her weight has affected how she views herself.

“But I want to start feeling the same about myself—no matter what weight I am,” she said. “I don’t have to wait until I’ve lost weight to be kind to myself and to be kind to others. It shouldn’t matter what I look like.”

While she attempts to turn that mindset into her reality, Bertinelli, who recently wrote a book titled, “Enough Already: Learning to Love the Way I Am Today,” said she tries her best to not care about the number on the scale.

She explained, “I think that’s important. I think many, many, many people live with a lie that we were told, that we’re unlovable when we gain weight, and it’s simply not true.”

Bertinelli acknowledged that she still thinks about being “the perfect weight” one day.

But, she said she realizes that the number on the scale will never be “low enough,” so she no longer weighs herself.

“I stopped weighing myself when I finished writing my book, which was a big thing for me, and I haven’t gotten on a scale since,” she wrote. “My clothes still fit; my jeans still zip up. I guess I was afraid that if I didn’t see what number I was and if I wasn’t able to keep an eye on it, that I would balloon up…but that hasn’t happened.”

Since the adjustment, Bertinelli has already seen a change in her mental health.

She wrote, “It’s all a test and we’ll see how it works, but I do know that my mental health has improved immensely because I stopped looking at the scale every morning—and that’s the first big step for me.”

The “Hot in Cleveland” star has previously been very open with fans about her body image struggles.

In December, she uploaded a video on Instagram with a caption that simply said, “Exhale.”

“I’m standing out in the rain because I’m doing my best to distract my mind from spiraling to a place of self-loathing, because I saw a picture of myself today that made me want to do that,” she explained in the video.

At the end of the clip, she said, “And I am doing my best to be positive and more full of joy and hopefully my body will follow along. I’m not there yet.”

On Sunday, Bertinelli attended the Grammy Awards with her son Wolfgang Van Halen, who was nominated for best rock song.

The two smiled as they posed for pictures together on the red carpet beside the 31-year-old rocker’s girlfriend, Andraia Allsop.

After the ceremony, Bertinelli praised her son for being nominated in a series of clips posted on her Instagram stories.

“The funny thing is … all of us who are here with Wolfie, who love him so much, we’re more disappointed than he is,” she said after her son lost the award to the Foo Fighters.

She added, “He truly is just grateful to be nominated and to be recognized. I’m so proud of him.”

Ariana Brockington is a digital reporter for TODAY based in Los Angeles. She is a Northwestern University graduate who reports on entertainment news, pop culture and more.

Mon Apr 11 , 2022
Summary: Students and staff can take a COVID test at home and at their school. Seattle Public Schools COVID Testing Return to School After Spring Break COVID Testing We strongly encourage testing before returning to school on Monday, April 18, to help ensure a healthy and safe return to in-person […] 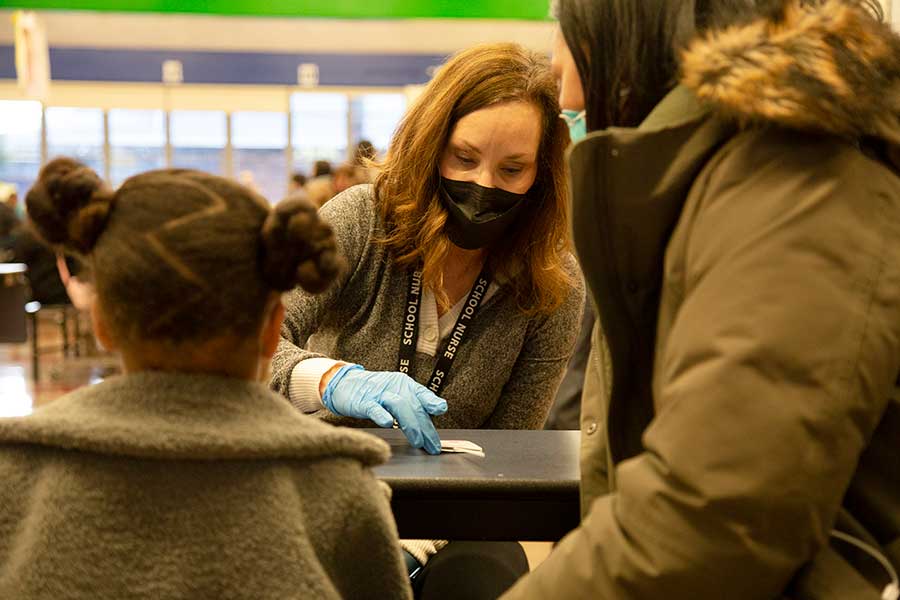