An economic depression is a period of sharp and sustained decline in economic activity that typically includes negative gross domestic product growth and a substantial rise in unemployment, poverty and homelessness.

During economic depressions, the stock market drops significantly, and there is a large uptick in personal and business bankruptcies.

There is no universal definition of an economic depression, but some commonly used criteria include more than a 10% drop in GDP, around a 20% unemployment rate and a prolonged economic downturn that lasts more than one or two years.

The U.S. National Bureau of Economic Research tracks periods of economic expansion and contraction and retroactively declares economic recessions. The NBER defines a recession as a “significant decline in economic activity spread across the economy, lasting more than a few months, normally visible in real GDP, real income, employment, industrial production and wholesale-retail sales.” While the official NBER definition of a recession is somewhat vague and subjective, many economists consider a recession to be a period of at least two consecutive quarters of negative GDP growth on an inflation-adjusted basis.

The major difference between a recession and a depression is that a depression is much more severe and long-lasting. For example, the 2008-2009 U.S. recession triggered by the bursting of the subprime mortgage bubble was extremely severe. The U.S. unemployment rate nearly doubled from about 5% to 9.5% and the S&P 500 dropped by more than 50% from peak to trough. However, while the economic downturn that technically began in December 2007 and ended in June 2009 was the longest in the U.S. since World War II, it only lasted about 18 months. Economists generally agree that the so-called Great Recession did not last long enough to be considered an economic depression.

There are countless ways an economic depression can be triggered, but the universal symptom of a depression is a loss of consumer confidence. If consumers lose confidence, demand for goods and services drops, economic growth slows and stock prices begin to fall. This chain of events creates a positive feedback loop, further undermining consumer confidence and weakening the economy.

There is no guaranteed way to predict when an economic recession will turn into a depression, but there are several common warning signs that a recession may be around the corner. One of the most common indicators of a recession is when the yield on 10-year U.S. Treasury bonds drops below the yield on two-year U.S. Treasury bonds. This transition is known as a yield curve inversion, and it is a sign that investors have lost confidence in the long-term economic outlook.

Because the stock market is a leading economic indicator, stock prices typically begin to decline significantly before a recession officially begins. Rising inflation and wage growth, an uptick in unemployment, and a drop in housing construction or sales can also be indicators of an unhealthy economy.

The U.S. hasn’t experienced an economic depression since the 1930s. Economists and government officials learned from the Great Depression, and the government now employs several key defensive strategies to prevent recessions from transitioning to depressions.

Reducing or eliminating debt is a great first step to a more financially secure future. Building up savings can provide financial flexibility, and diversifying investments helps ensure that a collapse of one particular asset class or market sector won’t completely wipe out your entire nest egg. Finally, diversifying your skill set and income sources can help protect you from a potential layoff and extended period of job market weakness.

An economic depression can have a severe negative impact on all aspects of life, including investment returns, employment and even the ability to afford necessities such as food and shelter. Just because there hasn’t been a depression in the U.S. in roughly 80 years doesn’t mean there couldn’t be another one coming at some point, so everyone should be aware of what a depression is, the potential impact it could have on their personal life and how they can best prepare for it.

Depressions cause severe financial damage, including stock market downturns, job losses, corporate and personal bankruptcies and even potential destabilization of the entire financial system. In the long term, a depression can cost an entire generation of people economic opportunities and hinder their education and economic mobility.

Despite the negatives, there are some silver linings to depressions and recessions. Depressions can provide opportunities for investors with long-term time horizons. In addition, economic recessions and depressions help weed out poorly performing companies from the economy, potentially opening the door for better-managed companies with superior products and services that can generate more economic growth over time. Finally, some great programs and ideas have been launched out of necessity during depressions, such as the creation of the Federal Housing Administration and the Social Security Act during the Great Depression.

In the U.S., total bank assets dropped by almost half during the Panic of 1837 and the ensuing financial downturn until 1842. The bursting of a credit, housing and construction bubble in Europe triggered the Long Depression in the 1870s, which lasted more than 20 years.

The stock market crash of 1929 undermined investor and consumer confidence, and subsequent banking panics in the early 1930s led to a large number of bank failures and an illiquid credit market.

When an economy falls into a depression, investors can expect an extended period of poor stock market returns. The Dow Jones Industrial Average dropped nearly 90% from its peak levels during the worst of the Great Depression, and it didn’t make it back to its 1929 highs until 1954.

Depressions typically last for multiple years, and there’s no upper limit for how long they can endure. That most recent U.S. depression, the Great Depression, lasted for roughly 10 years.

Are All Medical Errors Now Crimes? The Nurse Vaught Verdict

Wed Apr 20 , 2022
This transcript has been edited for clarity. Robert D. Glatter, MD: Welcome! I’m Dr Robert Glatter, medical advisor for Medscape Emergency Medicine. Today we have a distinguished panel joining us to discuss an important legal decision resulting in a criminal conviction, involving a medical error due to administration of the […] 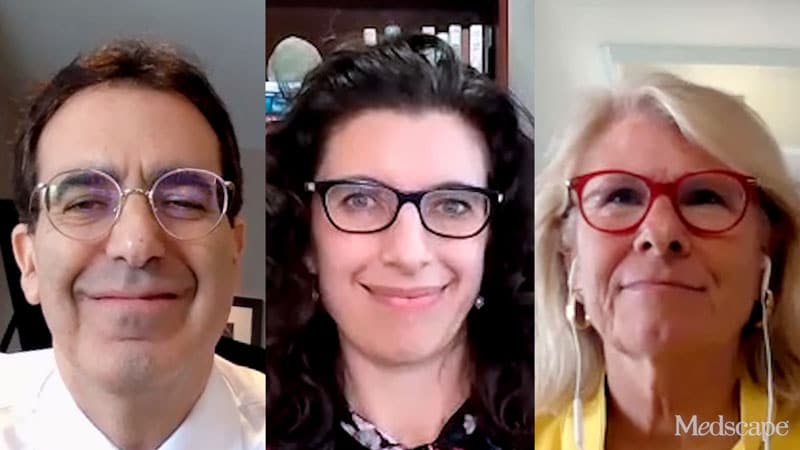