When she announced her pregnancy this week, Britney Spears dropped another revelation: In at least one of her previous pregnancies, she struggled with her maternal mental health due to perinatal depression. And while most people have at least a basic understanding of postpartum depression, Spears’ admission has many people asking, What is perinatal depression?

Spears wrote on Instagram: “It’s hard because when I was pregnant I had perinatal depression … I have to say it is absolutely horrible 😔 … women didn’t talk about it back then … some people considered it dangerous if a woman complained like that with a baby inside her … but now women talk about it everyday … thank Jesus we don’t have to keep that pain a reserved proper secret 🤫 😬😬😬 … This time I will be doing yoga 🧘‍♀️ every day !!! Spreading lots of joy and love 💕 !!!”

So, what exactly is perinatal depression? The definition encompasses both prenatal depression and postpartum depression (PPD) — so a woman would not be diagnosed with it unless she exhibited a mood disorder both during pregnancy and early motherhood. According to the National Institute of Mental Health (NIMH), “perinatal” refers to the time before and after the birth of a child.

Spears’ healthcare providers will no doubt closely watch her pregnancy since she experienced perinatal depression before. Other risk factors for moms developing mood disorders during pregnancy include being a teen mother, carrying multiples, a family history of depression, and having minimal social support.

A healthcare provider can ask a pregnant woman about signs of prenatal depression, which would be an early indicator. It’s also important for a doctor to ask a postpartum woman, at her six-week checkup, about her mood after giving birth.

According to NIMH, perinatal depression can present as a persistent sad feeling, more marked than the “baby blues” because it might also include feelings of hopelessness or helplessness. A woman with perinatal depression after birth would have a similar experience to someone with PPD, with difficulty sleeping even when exhausted, feelings of restlessness, and a lack of concentration. The difference would be that the woman would have felt those same anxious feelings during pregnancy as well.

A sad truth about motherhood-related mood disorders is that they can cause a woman to have trouble forming an emotional attachment to her new baby. Brooke Shields wrote extensively about her PPD in her book Down Came the Rain, which opened up a national conversation. Shields lost her father to cancer and moved across the country in the last weeks of her first pregnancy, and dealing with those sorts of major life changes can also trigger depression.

Perinatal depression is most often treated with therapy, such as cognitive behavioral therapy, and medication, specifically antidepressants. It’s crucial for pregnant women and new mothers to frequently check in with healthcare providers so they can receive help sooner rather than later. Women who need help can also reach out to a national hotline for mental-health services.

It’s true that exercise (go get that yoga, Britney!), eating well, and gathering a support system around you might help stave off perinatal depression, but there is no magic formula that guarantees someone can keep it away. It’s important that a woman not blame herself if she suffers from it, since there’s no certain prevention.

If you or someone you know is experiencing depression or anxiety during pregnancy or in the postpartum period, contact the Postpartum Health Alliance warmline at 1-888-724-7240 or Postpartum Support International at 1-800-944-4773. If you are thinking of harming yourself or your baby, get help right away by calling the National Suicide Prevention Lifeline at 1-800-273-8255 or dialing 911. For more resources, you can visit Postpartum Support International.

Mon Apr 18 , 2022
Helping people reach their health goals, particularly the elderly, is what drives Deseriee Padilla. This passion led her to pursue a higher degree and Adult Geriatric Primary Care Nurse Practitioner certification. Memorial Hospital of Sweetwater County’s newest provider plans to continue her work in Employee Health at MHSC and will […] 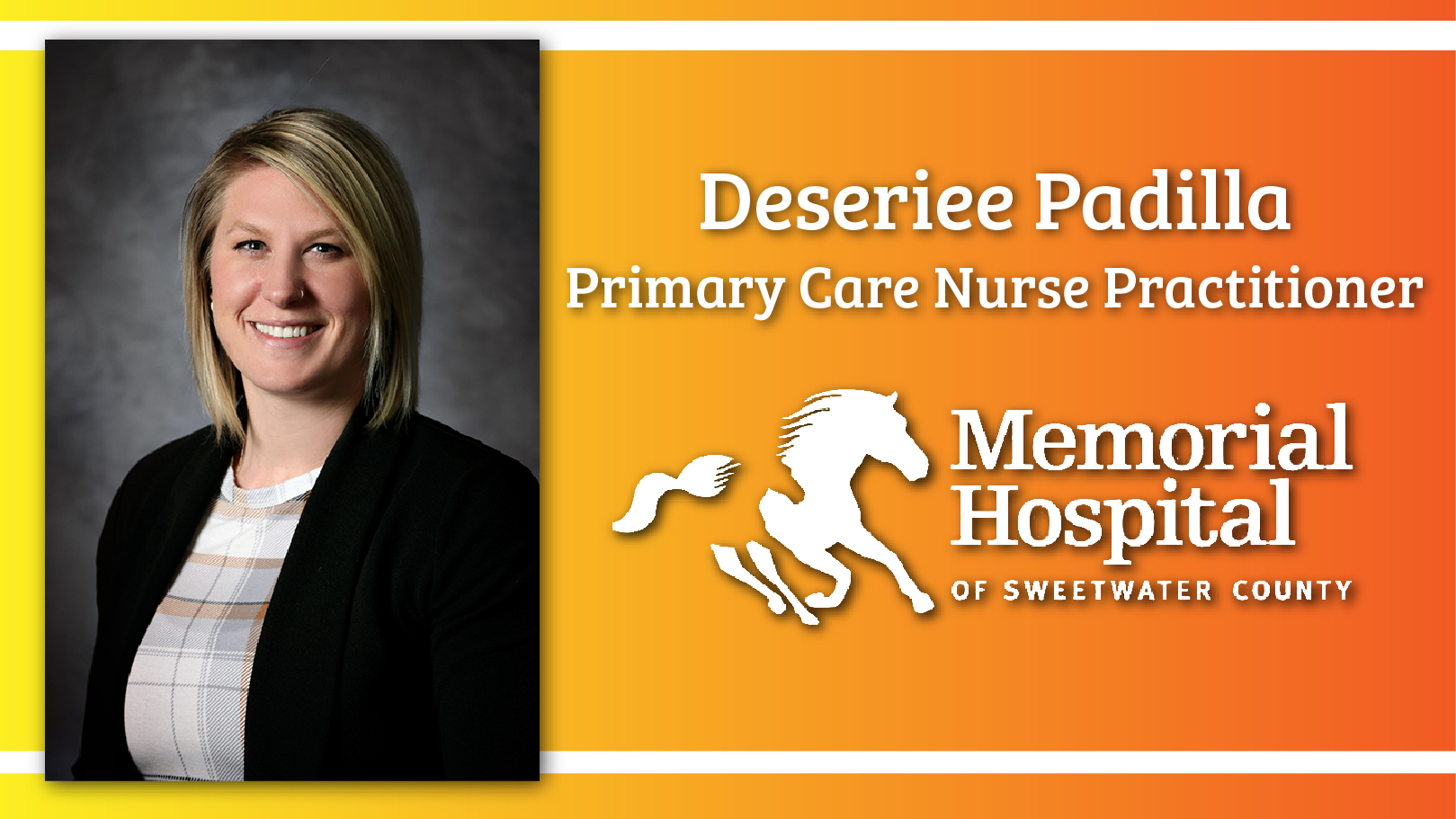