We’ve all been there. A bit too much yard work, lifting, or who-knows-what, and you’re hunched over with pain in your lower back. In most cases, the pain goes away quickly. But sometimes it lingers, often without a cause that anyone can pinpoint. Here’s what to know about back pain.

Martin Under­wood is a professor at Warwick Medical School in Coventry, England. His research focuses on improving the diagnosis and management of musculoskeletal disorders like back pain and osteoarthritis. He spoke with Nutrition Action’s Caitlin Dow.

What causes back pain

Q: How many people suffer from low back pain?

A: It’s hugely common. Nearly all of us will experience low back pain at some point in our lives. On any given day, about one in 14 people—so about half a billion people globally—suffer from low back pain.

And it’s more common as you get older until you reach your eighties or nineties, maybe because at that age many people aren’t moving around as much.

Q: What harm does back pain cause?

A: It’s the leading cause of disability worldwide. For people of working age, it can interfere with their ability to work, which dramatically reduces their income. In older adults, it may also lead to social isolation, and it increases the risk of falling. And older people with low back pain are more likely to report poor sleep and mental health problems like depression.

A: Sometimes people can identify something specific that they’ve done that sets it off: they’ve moved in a particular way and get a sudden onset of pain.

There are other rare issues—especially in older adults—like certain types of cancer. But in one study of 699 people over age 55 who were seeing their doctor for low back pain, cancer was the cause in just four cases. So you can’t assume that cancer is the cause of your pain.

Q: What’s the most common cause?

A: That’s one of the mysteries. More than 90 percent of the time, we don’t find a cause. We call it non-specific low back pain. Even if you can identify an initial trigger, by the time you’ve got chronic back pain—that is, pain that’s lasted at least three months—the injury will have long healed. So there isn’t something in the back that we can identify that actually causes the pain.

Q: Can an MRI or other imaging identify the cause?

A: Almost never. The only time to do imaging is if you think there’s a specific disorder that needs to be treated—for example, if you think somebody might have cancer, an infection, or a fracture. Or if they have sciatica, which is pain going down the leg caused by a bulging disc pressing on the nerve root, which is sometimes treated with surgery.

But for the vast majority of people with non-specific back pain, there is no role for imaging. In fact, there’s some evidence that imaging makes people worse.

A: As we get older, there’s wear and tear on the spine. So if you have an MRI, there’s a good chance of seeing something abnormal that isn’t related to the pain.

A review of 12 studies in people aged 50 or under found that one in three people without back pain had disc degeneration. That went up to one in two people with back pain.

A: Yes. When your MRI report shows that you have a degenerative or a bulging disc or something similar, you may think you need to protect your spine, so you become less active.

But the spine is strong. Unless you have an unstable fracture, your spine doesn’t need protecting.

And there is some evidence that imaging makes people more likely to have unnecessary surgery.

Q: Does back pain diminish for most people?

A: The vast majority of acute back pain gets substantially better over a few weeks, though people who have one bout are more likely to have another.

The natural course of chronic back pain is that it waxes and wanes. But when we look at randomized trials and observational studies of what happens to people, we see that, on average, they get better. The pain may not go away, but it does improve for most.

What to know about surgery and shots for back pain

A: In some cases, yes. For example, for people with a bulging disc that is causing sciatica, surgery may help, but probably only in the sense that it speeds up recovery. If you wait long enough, sciatica often improves just as much on its own.

And there’s a well-recognized concept of failed back surgery. Many people have continuing problems and end up either in specialist pain services or having further back surgery.

It’s a cycle of more pain, more treatment, more surgery. And their problems might be a consequence of the initial surgery.

A: Those can be used in the facet joints, which connect the vertebrae. If you’ve got wear-and-tear arthritis in those joints, you can see the logic for using injections, just as we use steroid injections to reduce arthritis inflammation elsewhere in the body.

But we don’t have a reliable way of identifying people who have facet joint pain, much less which joint the pain is coming from.

A: The evidence is extremely weak. If injections do work, they typically only have a short-term effect. They aren’t recommended by the organizations that develop guidelines for back pain.

What to know about medications for back pain

A: We have good-quality evidence that acetaminophen—or Tylenol—is not effective for back pain.

You could use non-steroidal anti-​inflammatory drugs like ibuprofen or naproxen, which give a bit of relief, though it’s not substantial. Unfortunately, it’s unwise for older people to take NSAIDs because they can cause bleeding in the stomach and can increase blood pressure.

A: They may have a small benefit for people with acute—but not chronic—low back pain. But they should be avoided in older adults because they can cause dizziness and drowsiness.

A: Yes. A few years ago, an analysis that pooled data from 13 randomized trials found that opioids had a small, but likely unimpor­tant, benefit. In three studies that compared opioids to non-opioids, the non-opioid drugs reduced pain slightly more. And people taking opioids were more than twice as likely to have serious harms compared to those taking placebos.

Given the substantial risk of addiction, overdose, and death with opioids, they should very rarely be prescribed.

The bottom line is, don’t use drugs for back pain in older people, except in very specific circumstances. For example, some doctors may use opioids as a last resort, at the lowest possible dose for the shortest period of time.

Can yoga, acupuncture, or other therapies for back pain help?

Q: What’s your advice for people with back pain?

A: Don’t become inactive. Years and years ago, doctors used to tell people with back pain to rest. Now we know that if you rest, you rapidly lose strength in your muscles and ligaments, which in turn makes the back pain worse.

Keep yourself as active as you can within the limits of the pain. You won’t do any horrible damage by exercising within your pain limits.

Q: How effective is exercise at easing back pain?

A: There are literally hundreds of trials of exercise for back pain. Overall, they show a small average effect. But exercise has wider health benefits than just improving your back.

Q: Are some types of exercise better than others?

A: There is evidence that aerobic exercise, strength training, and mind-body exercises like yoga can all help a bit, with none having a clear advantage over another.

But exercise can come across as very structured. If you don’t like formal exercise sessions, aim for more physical activity in general. Walk rather than drive. Play with your kids or grandkids. Find activities that you enjoy. That way, you’re more likely to continue doing them. That matters more than doing a specific type of exercise.

A: Spinal manipulation involves high-velocity thrusts to joints of the spine. It’s usually performed by an osteopathic doctor, a physical therapist, or a chiropractor.

Studies show that it has a small average benefit when compared with usual care. But we don’t have as much research on spinal manipulation in older adults as we do in younger people.

A: It depends on how you interpret the evidence. If you compare acupuncture to not doing anything, it does have some reasonable benefit. But when you compare it to a placebo acupuncture, the effect of acupuncture is trivial and not worthwhile.

Q: What is a placebo for acupuncture?

A: That’s where the needles aren’t placed in the right spot or they don’t go in far enough, but your brain is getting the signal that you’ve received acupuncture.

A: Some might say that patients improve in studies that compare acupuncture to nothing because it’s a placebo response—that is, people feel better because they expect to. But I think it’s more than a placebo.

If you talk to people with back pain, many report that doctors don’t take them seriously. But when they go to see an acupuncturist, they may feel as if they’ve been listened to and they may have received a more detailed examination.

The same logic may also explain the benefits seen with spinal manipulation and perhaps physical therapy. And even if acupuncture is a placebo, it is safer than some of the other treatments used for low back pain.

A: You’ve probably gotten familiar with the refrain: It also has a small average effect.

The cognitive approaches are not about getting rid of your pain. They’re about helping you to live better with your pain. If you can cope with your pain, you may have less disability, and you can get on with your life.

A recent analysis that looked at nearly 100 randomized trials found that CBT seemed to work best for back pain if you combined it with exercise.

Q: So there’s no one fix?

A: No. This is a phenomenally big problem. Some people’s lives get absolutely dominated by back pain.

For each therapy, some people get a benefit, but a lot don’t. So none of them is the singular solution.

But as an individual, you can set a goal of substantial improvement, keeping in mind that back pain typically improves over time. And the treatments that you try are likely to give you a small additional lift.

Try different approaches to see what works for you. Just don’t let the pain stop you from getting on with your life. 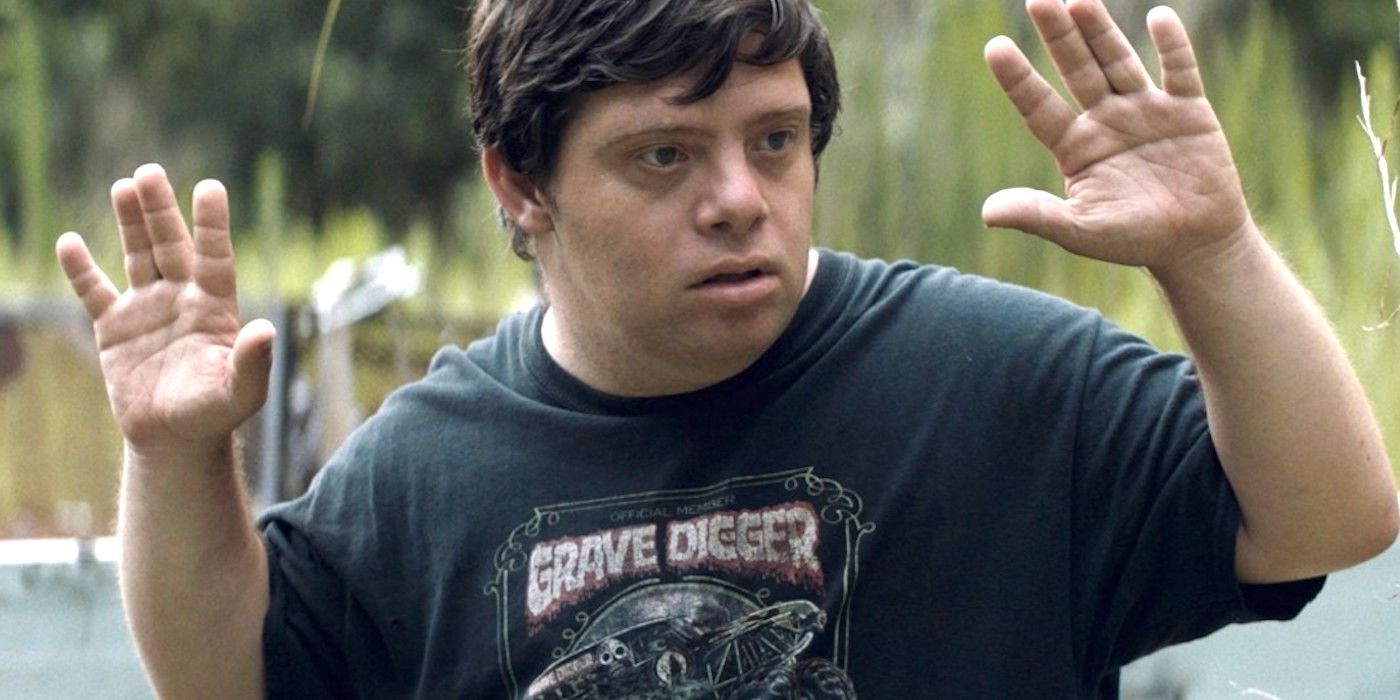